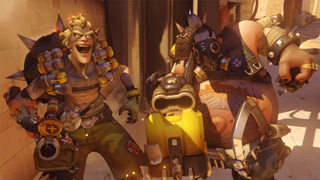 Blizzard is raising the tick rate on the PC version of Overwatch, just as players have hoped they would.

Blizzard has said in the past that they have predictive tech on the servers to alleviate any issues, but that hasn’t stopped player reports of shots that clients see as hits being reported as misses on the server. Hopefully, this will be a thing of the past very soon.

Overwatch has had a higher tick rate option in Custom Games since beta, and now Blizzard is going to make that the default setting for all game modes. The change was announced in a post on the game’s official forums. The post reads in part:

“When we implemented the “High Bandwidth” option to Custom Games back in beta, we also noted that-if the feature performed well and players responded positively to it-we would investigate adding it to other games modes. We’re holding to that promise and are currently in the process of rolling out high bandwidth support globally for PC. This process may take a few weeks for all regions, but once fully deployed all games including those in Quick Play and Competitive Play will be running in high bandwidth mode by default.”

You should note that the rollout won’t be instant, but once it’s complete, all servers will be running at 63 updates per second. Blizzard is also implementing tech to scale the update speed back if the updates are more than your internet connection can handle.

This doesn’t mean that there won’t be any delays, but you should notice the Overwatch servers being much more responsive in the near future. It’s a welcome change, but one wonders why it didn’t launch this way to start with.