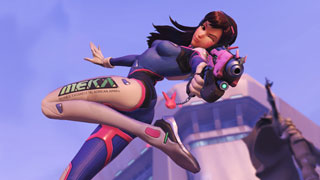 After the huge success of the Overwatch beta, it’s a good bet that there will be plenty of people playing Blizzard’s upcoming shooter when it launches on May 24. Of course, that also means there will be at least a few people cheating as well. Blizzard is aware of this, and they’re planning to employ a zero-tolerence policy toward cheaters.

In a post on the Battle.net forums, Overwatch Community Manager Lylirra laid out the company’s policy on cheaters. Put simply, if you cheat, you will be permanently banned. “If a player is found to be cheating – or using hacks, bots, or third-party software that provides any sort of unfair advantage – that player will be permanently banned from the game. Full stop. Not only does cheating undermine the spirit of fair play that all of our products are based on, but it works to diminish the fun and enjoyment of others.”

Unlike some games, Blizzard isn’t going for half measures like temporary bans. Honestly, that’s not all that surprising, as they did the same thing with Diablo 3. Cheating is one thing that can doom an online shooter, and it’s good to see Blizzard taking affirmative steps to address it.