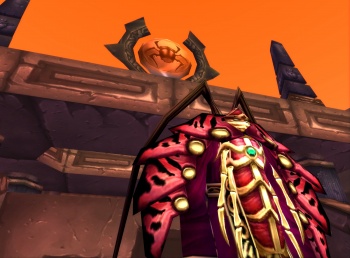 Activision has put a lot of money into a completely original MMOG coming out of Blizzard “when it’s done.”

Blizzard is working on its next MMOG: This much is known simply by visiting the company’s jobs page and scrolling down to “next-gen MMO.” Activision CEO Bobby Kotick recently said a few words on the project, calling it an “enormous investment.”

On Activision’s last second-quarter earnings conference call, Kotick said: “Remember, we have two enormous investments: One in Bungie and the other in another project at Blizzard that we haven’t given a lot of visibility to. Those are going to be entirely new intellectual properties.”

Does this mean the StarCraft MMOG we’ve all been clamoring for has been ruled out for good? Pretty much. In a way, a StarCraft MMOG could be considered a new IP, sort of like how one might consider Warcraft III and World of Warcraft separate entities though they share the same world and history. However, Blizzard has said in the past that it’s building the new MMOG from scratch, so it’s time to give up hope. The Bungie title, well that could be anything from FPS to action-RPG.

Kotick emphasized that Activision understands what these “enormous investments” need to become products that people want to play. He continued to say: “But with the recognition that the way to build them is take long amounts of time, lots of capable talent, an enormous amount of capital and you have to have a real roadmap for innovation and creativity. And I think that those are going to be two very good examples from the ground up original ideas.” Whether you trust Kotick or not, I think the money is in safe hands at Blizzard.

I, for one, can’t wait to see something new from Blizzard, especially a MMOG, considering how the company tends to lead the way with innovation in genres. I wonder if Blizzard’s new MMOG will become Activision’s most expensive project in history just like Star Wars: The Old Republic is for EA.