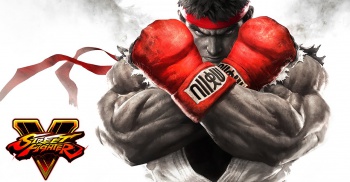 “The whole team here is very disappointed that we were unable to deliver a proper beta experience this time.”

The Street Fighter V beta testing kicked off to a rocky start, and was taken offline mere hours after it launched on PlayStation Network. After several days of repeated updates and fixes, Capcom has stated that they intend to keep the beta offline for extended maintenance.

“Capcom offers its sincerest apologies to everyone who participated in this first beta test. While the purpose of a beta is to work out these type of issues, it was very clear that the issues we faced were more severe than we were prepared for,” a post on the Capcom-Unity blog reads. “After three days of testing, while we were making progress and collecting valuable data, we felt the majority of players were not having a good experience, and the best course of action would be to take the servers offline for extended maintenance. We will be postponing our first beta phase until we believe the experience is going to be a positive one for players.”

Capcom also stated that there will be “at least three full beta tests prior to the game’s launch,” with this failed attempt not counting towards that.

“To all of the players that participated and supported us through this initial phase, we cannot thank you enough. We understand how frustrating it is to be so close to playing the game you are excited for, and to not have it working. The whole team here is very disappointed that we were unable to deliver a proper beta experience this time. Thank you so much for your continued support, and we promise that we will have a better experience for you with the future betas.”

“We will be sharing more details when available, but for now, we appreciate your patience as we work on solutions to offer the experience that we had intended.”

Access to the beta was offered as a pre-order incentive for the PlayStation 4 version of the game, which is scheduled to release in Spring 2016.

The Best Anime Classics You Can Stream on Hulu