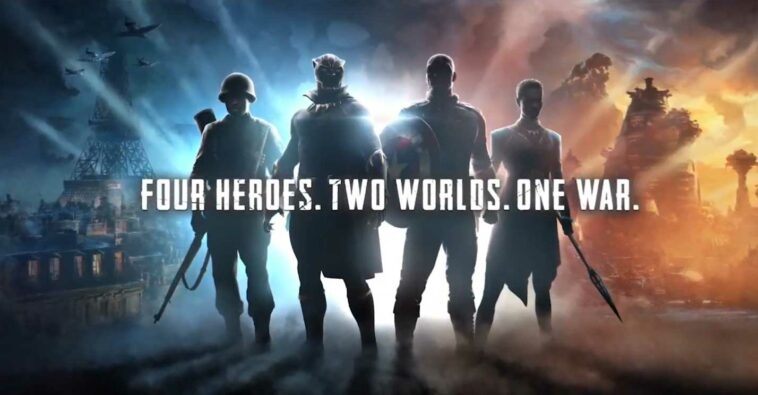 At the Disney & Marvel Games Showcase, Skydance New Media, helmed by Amy Hennig, announced a AAA narrative-driven Marvel adventure game starring Captain America and Black Panther in World War II. The game has no title or confirmed platforms at this time, and it was revealed with a cinematic trailer that featured lots of cool images (and HYDRA as the villain) but no gameplay.

The game will have four playable characters: “a young Steve Rogers, aka Captain America; Azzuri, T’Challa’s grandfather and the WWII-era Black Panther; Gabriel Jones, a U.S. soldier and member of the Howling Commandos; and Nanali, leader of the fledgling Wakandan Spy Network.” The game further teases Paris and Wakanda as locations to visit, likely among others. However, a lot of information is still being held under wraps. If more is announced at the physical D23 event today, this article will be updated accordingly.

Here is the description of the new MARVEL ensemble game project headed by @amy_hennig pic.twitter.com/ZKASCkMSNd

Beyond the reveal of the Captain America / Black Panther WWII adventure game at Skydance New Media from Amy Hennig, the Disney & Marvel Games Showcase also announced a new December release date for Marvel’s Midnight Suns on PC and current consoles. It does not yet have a release date on the remainder of its platforms.