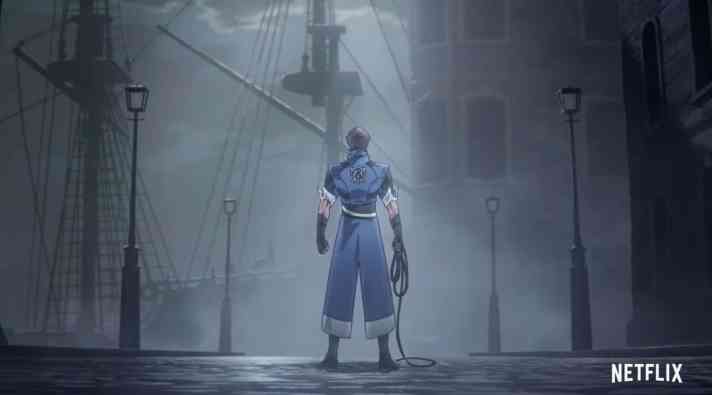 Netflix has revealed a first look at Richter Belmont in his own animated series, Castlevania: Nocturne, as part of Geeked Week 2022. Only a few seconds of footage premiered during the showcase, but it’s more than enough to keep us excited for the show’s eventual release. The next whip-wielding Belmont is here for more gory vampire slaying, and you can get your first glimpse at him in the announcement trailer below.

Showrunner Kevin Kole and creator and writer Clive Bradley are leading Castlevania: Nocturne on Netflix. Project 51 Productions is producing the show with production services handled by Powerhouse Animation. For the uninitiated, Richter Belmont is another member of the Belmont family tree who appeared in video games like Castlevania: Symphony of the Night and Castlevania: Rondo of Blood. It’s currently unclear if Castlevania: Nocturne will cross over with any of Richter’s gaming appearances.

It’s no secret that the streamer’s Castlevania series was a smash hit, bringing four violent seasons of animated TV to millions of subscribers. The show was at least partially responsible for the wave of gaming adaptations Netflix has added to its library through the last few years. So, when a spinoff starring Richter was announced last year, almost no one was surprised. At the time, Netflix said that the show would follow Richter and Maria Renard in a new adventure set in France during the French Revolution.

Castlevania: Nocturne does not have a release date yet.