Pokemon Go is an alternate-reality game for your smartphone that lets you “see” and capture Pokemon in the real world.

What if Pokemon were in the real world? This is the ambitious question that Pokemon Go‘s reveal trailer asks. The Pokemon Company announced that it was working with former Google Ingress developer Niantic to bring the game to Android and iOS. Just like Ingress, Pokemon Go is an alternate-reality game that uses your phone’s GPS and camera to digitally insert Pokemon into the real world, that players can then catch, collect, and battle, just like in the original games.

Watch the trailer to the right, which, while admittedly not really showing off too much in-game stuff, should give you a pretty good idea of what the game is about.

If that doesn’t already sound cool enough, Nintendo is developing a companion smartwatch device called Pokemon Go Plus, which looks like this: 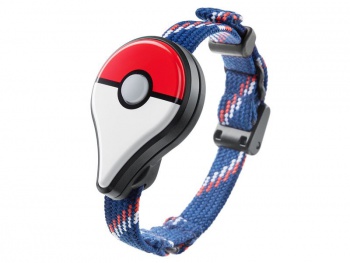 The watch will vibrate and light up when you get near to a Pokemon in the real world, and also lets you do cool things like mimic throwing a Pokeball to capture a Pokemon in-game.

It’s set to release in 2016, and will be free-to-play with in-app purchases. We’re assuming that the Pokemon Go Plus watch will set you back some cash though, we’re not sure how much yet.