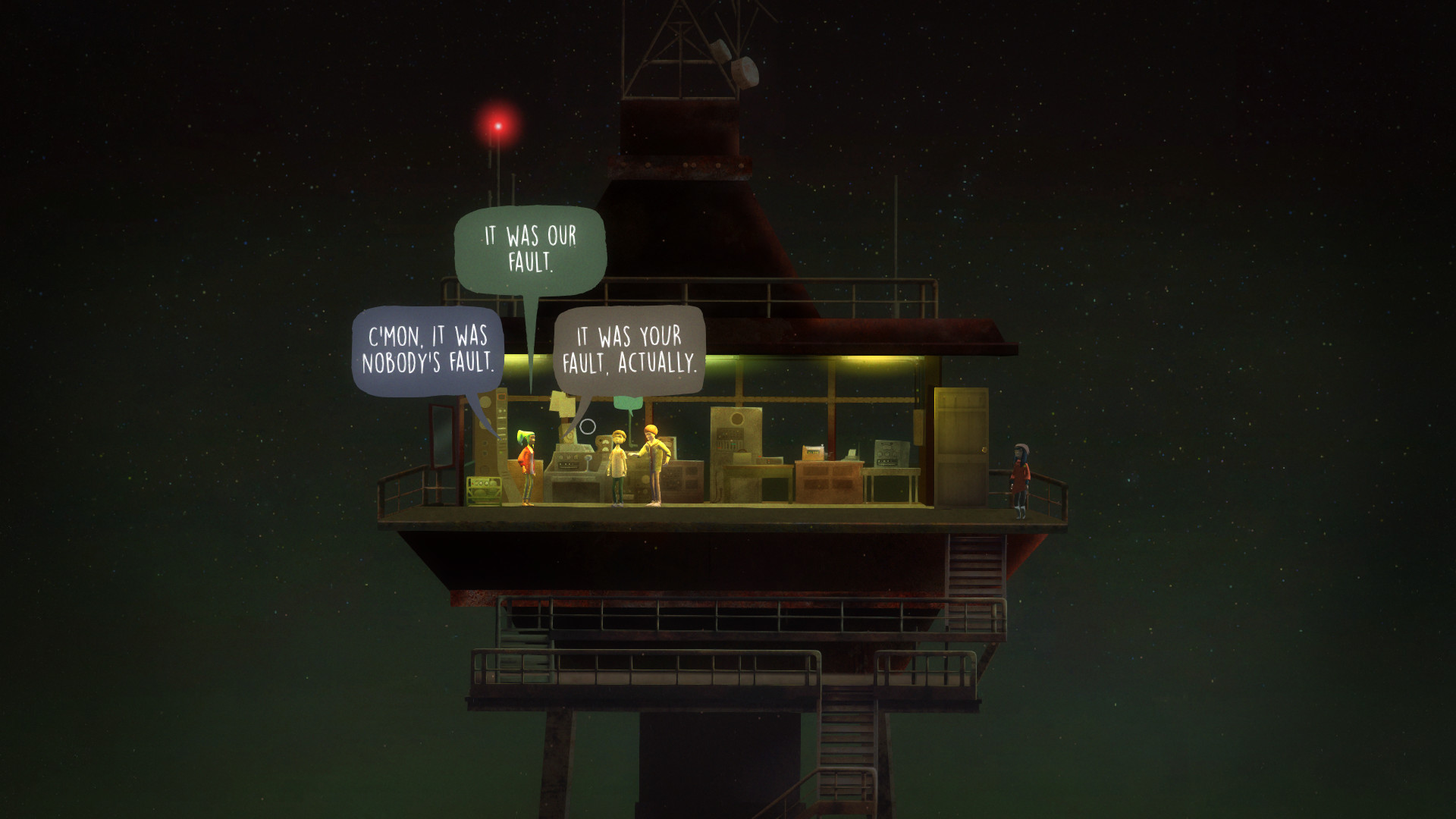 The teen-centric paranormal puzzler Oxenfree might be short, but it packs plenty of player choice that results in an array of alternate endings. See how to save, kill, alienate or befriend the characters of Oxenfree with our endings guide.

Oxenfree was designed by former Telltale developers, and although the adventures isn’t episodic, it does feature choices that change the story that unfolds. Relationships become extremely meaningful and making friends, or enemies, will change the course of the game. Learn how your choices change the various endings with the tips below.

These steps will help you achieve generally positive endings. Help your friends get together or survive the events on the island.

If you want Jonas to like you by the end, always acknowledge that he is your step-brother. Be nice and supportive, and bring him with you throughout the night.

He doesn’t need to be a constant companion, but spending time with him helps. When he asks for some alone time to talk on the beach, always accept. The more time to bond, the better!

Before going to the cave, stay behind and talk to Nona on the beach. Encourage Nona to date Ren. Throughout the story, be supportive but don’t get pushy. Don’t interfere with their relationship — let them stay the course.

There are two more instances where you can encourage Nona further; in the Adler Estate and at the bridge.

Encourage all three times and Nona will get together with Ren at the end of the game — as long as you don’t take steps to ruin your relationship with Ren — don’t leave Ren behind after acquiring the key, and don’t plot against Clarissa then tell Ren.

To help Michael avoid an untimely death, speak to him at every opportunity throughout the game. Request that he stay in town at the school and away from danger.

Remember, if Michael survives, Jonas won’t be your step-brother anymore.

Hit every instance and Michael will listen to your advice. He’ll stay in town and survive the events on the island.

You can also keep Michael and Clarissa together. Don’t wipe out Clarissa at the end of the game, and request that Michael stays with Clarissa on the beach earlier in the game.

These steps will help you achieve generally negative endings. Make the other teens hate you, or wipe them out.

There are multiple ways to turn Ren against you.

1) When you have to choose between saving Clarissa and Ren, save Clarissa first.

2) After acquiring the key, simply leave Ren behind instead of going back for him.

3) On the beach during the game, Clarissa will ask Ren if he likes Nona. He’ll say no — call the lie out with an interruption. Then you can slap him!

4) Agree to betray Clarissa with the spirits, then discuss the choice with Ren. This works for everyone.

Jonas won’t much like you either if you take these steps.

1) At every opportunity, blame Jonas for any mistakes that happen in the adventure.

2) On the way to the Parks Office, leave Jonas behind instead of bringing him along.

3) Like with Ren, agree to betray Clarissa with the spirits and talk to Jonas about you decision.

4) At the end of the game, near the final face-off, you’ll have to stop Jonas from rewinding time. Wait for him to hear the last melody.

At the end of the game, you’ll have two major options for Clarissa. You can either betray her or get rid of her completely.

To simply betray Clarissa, just agree with the spirits when you’re given the option.

If you want to get rid of her forever, step through the final portal during the climax with the spirits.