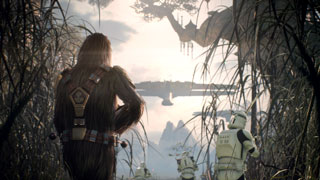 A series of NeoGAF posts report that some are receiving Alpha keys for Star Wars: Battlefront 2.

We’ve known since before E3 that Star Wars: Battlefront 2 was going to get a multiplayer beta prior to its launch. But if reports making the rounds this morning are true, EA is sending out keys for an alpha test as we speak.

In a thread that popped up on NeoGAF early this morning, multiple users are reporting that they have received invite to a PC alpha test for Battlefront 2. While EA has yet to officially announce such a test, it wouldn’t be surprising to see them launch it quietly.

The alpha test was apparently mentioned in a post by EA community manager Mat Everett on the game’s official forums last week. That post was quickly pulled, but a screenshot was posted on Reddit. In that post, he listed the platforms for the alpha as “PS4, PC or X1.” However, a couple of days ago, he responded to a Twitter user who said that they had heard about an alpha, saying “You heard wrong.”

We’ve reached out to EA to see if they will offer any more information on the alpha, if it’s happening, and if so, when. We’ll update this post if we receive a reply. In the meantime, check your email. If you’ve received an alpha code, let us know in the forums!