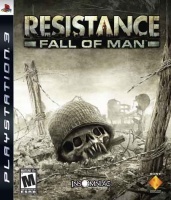 Church leaders at Manchester Cathedral have forgiven Sony for its use of the building’s interior in the violent PlayStation 3 shooter Resistance: Fall of Man.

The Church of England first expressed outrage in June over Sony’s use of the Cathedral in the game, for which Sony apologized but refused to acknowledge wrongdoing. The furor erupted again early in October when Resistance: Fall of Man was nominated for a BAFTA Video Game Award; the Church requested BAFTA withdraw the game’s nomination, which it declined to do.

Following the announcement that the game had not won an award, however, the Very Reverend Rogers Govender, Dean of Manchester Cathedral, said, “I think some important lessons have been learned. So we do forgive Sony for what they have done, even though they still believe they have done nothing wrong.”

“In an industry that is breaking new frontiers, it is important that long-held traditions of film and television are maintained. These traditions include having courtesy, respecting the dignity of your subject, and admitting when mistakes have been made,” he continued. “In so many ways Sony have failed to live up to these standards by disrespecting people of faith and the victims of gun crime here in Manchester.”

He also admitted that since the disagreement with Sony over the game, the Cathedral has seen an increase in traffic from young people and tourists.