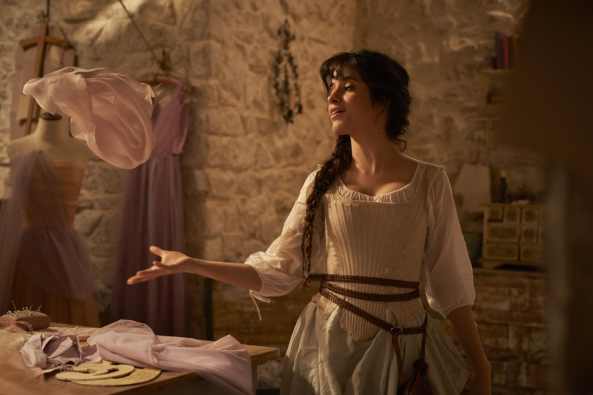 Disney might be the king of live-action musical fairy tale adaptations, but Amazon is shouldering into the scene with its upcoming Cinderella, which has received its official trailer. The new film stars Camila Cabello in her first starring role as the titular character. However, some things are a bit different with this story as Cinderella makes a few different choices.

Cinderella writer and director Kay Cannon, best known for Pitch Perfect, is clearly putting more of an independent feminist spin on the fairy tale, per the trailer. Here we find Cinderella under the cruel heel of her stepmother and hanging out with anthropomorphic mice, but she’s also trying to start her own business making dresses. Then when her “Fabulous Godmother” casts a magic spell on her to allow her to go to the ball, she ends up turning the prince down as she doesn’t want to be a princess locked away in a castle. It looks like we might get a lot more story after the normal tale fades off into happily ever after.

The movie’s cast is stacked with incredible singers / actors including Idina Menzel, Minnie Driver, James Corden, Nicholas Galitzine, Billy Porter, and Pierce Brosnan. Hopefully, if Brosnan has to sing he’s been practicing since his last musical outing, Mamma Mia!, was pretty weak in the vocals department. The film is produced by Leo Pearlman, James Corden, Jonathan Kadin, and Shannon McIntosh.

While clearly plenty of inspiration is taken from Disney’s take on the fairy tale, we’ll have to see if Cannon can capture the same kind of magic in this more modern tale.

Cinderella will land on Amazon Prime Video on September 3.