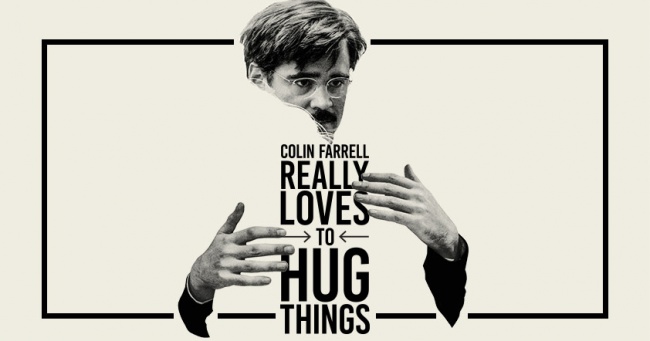 If you haven’t heard of the movie The Lobster, a comedy sci-fi drama starring Colin Farrell and Rachel Weisz, odds are that’s because it’s a film festival movie that has yet to make its way to its rumored spring 2016 wide U.S. release. Met with critical acclaim so far, the film’s unconventional love story takes place in a dystopian future in which people must either couple up or be exiled from society – and transformed into an animal.

But perhaps what’s most notable about The Lobster – you know, apart from its absurd premise and ridiculous name – is its movie poster, which shows an open-armed Colin Farrell (or Rachel Weisz in the variant) embracing… nothing. A blank space is left to represent an anonymous woman, capturing the emptiness and despair of the soulless search for a mate for the sole purpose of continued existence in a draconian society. What we saw was an opportunity to Photoshop a bunch of hilarious crap into a picture.

So, without further ado, we present our own movie: Colin Farrell Really Loves to Hug Things.

What else should Colin Farrell hug? Sound off in the comments!