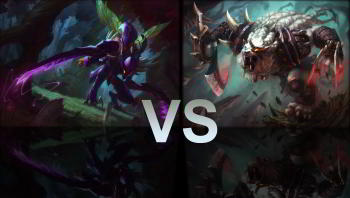 Christina Norman worked on the Mass Effect trilogy before moving on to Riot Games. With a proven track record for telling strong stories, she presented a talk on storytelling in competitive multiplayer games, like League of Legends. These competitive, multiplayer-only games are becoming more common as developers eschew the single-use campaign mode to focus on the reusable multiplayer experience. Titanfall is the most recent example, and League of Legends is hands down the most popular. How do you tell stories in a game where you can’t take a break for exposition? How do you establish a narrative in situations where an individual goal might conflict with the team’s objectives?

Norman outlined several techniques that are used already, such as ambient voice-overs for certain characters. You can actually significantly develop a character with cleverly placed one-liners, as well as build a relationship between the player and the character. Distractions are the enemy, though, so you have to keep it short and relevant. By offering meaningful commentary about what’s going on with the action in game and delivering it in-character, you can drive that character development without distracting the player from the action. Alternately, to avoid distraction, you can implement these snippets of dialogue during natural lulls in the gameplay.

In addition to ambient voice-overs, you can use story-driven multiplayer challenges to your game. The example Norman cited was “The Hunt is On” in League of Legends. Having two characters that fancy themselves the ultimate hunter, Riot decided to intertwine their backstories, and create this in-game event on occasion when they clash. If you’re not familiar, this event basically challenges the Rengar and Kha’zix players to be the first to kill the other, thus proving themselves the ultimate hunter. It’s almost silly, given that the very nature of LoL is about killing the enemy characters, but by tying it into a strong story and offering thematically meaningful rewards that affect gameplay, you can make the players really care about their history.

Finally, there was a similar concept on a grander scale; in-game story events. Like the Ahn’Qiraj war effort in World of Warcraft, these events can transcend in-game and out-of-game affiliations, making them accessible to practically every player. They should be rare, like the multiplayer challenges, but they shouldn’t be exclusive in the same way. This can promote out-of-game discussion and investigation into the story you’re presenting, allowing you to offer up more story with less in-game interruption.

While stories in game can absolutely intrigue and inspire players, you must be incredibly careful – especially in competitive multiplayer games – not to distract from the game itself. You need to align individual goals with team goals in order to promote team play, and avoid disruption of the experience. Though Norman offered some examples of storytelling techniques, she was adamant that you should be striving to develop new innovative techniques to tell your own story in your own way.

Winter of Discontent: Man Scammed over PS3 Lets Slip the Texts of War