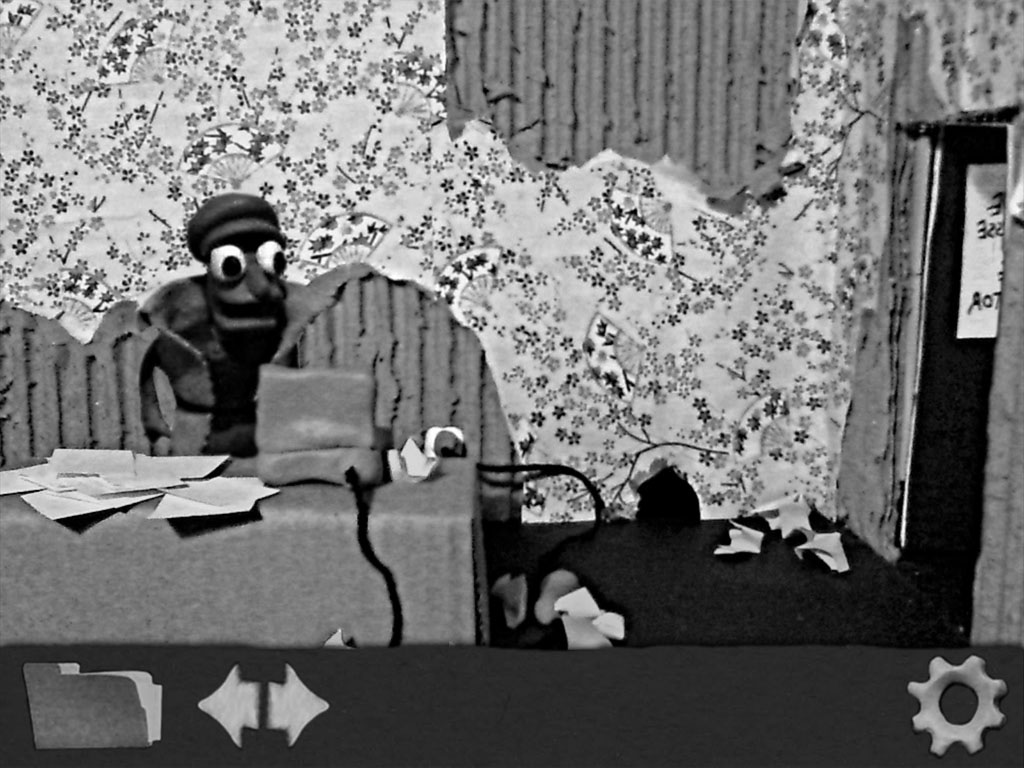 At around 5pm on Thursday evening, game designer Deirdra Kiai apparently decided to blow the lid off of the Game Developer’s Conference. In the final presentation at the #1ReasonToBe panel, Kiai launched into a speech that managed to combine raw emotion, systemic analysis, personal history, and a universal empathy, triggering a standing ovation and, as I noticed as I walked out, a whole lot of tears being wiped away. “Imagine what I could have done had I been encouraged and not ignored!”

Coming off of four nominations for the game Dominique Pamplemousse at the Independent Games Festival awards, Kiai’s frustration had resonance, but it was their personal story that made the speech so powerful. Kiai recommended a kind of empathic queer subjectivity, where every individual player of games could be their own “target audience,” and where the problem of deviating from the normal straight white male nature of game development led to a crushing alienation. “Making games is easy. Belonging is hard….I could make a million games with the energy that trying to belong takes out of me.”

But the speech was also a celebration of the power of games. Kiai goes by “Squinky,” a reference to a silly fake name that the hero of The Secret Of Monkey Island – one of Kiai’s inspirations – could give at the start of the game. And Kiai realized something about themselves while playing an online game that allowed for a player’s gender to be hidden – a realization which led to a change in their dress, and the preferred use of “‘they’ even though it’s grammatically incorrect.”

Doing this was an act of personal courage as well. The charismatic fire with which Kiai delivered the speech was a rejection of their described fear of backlash for being not-normal in game culture. “The more I’m seen, the more likely it is that the 4chan trolls will come after like they have … everyone I like and respect.” I hope a standing ovation in one of GDC’s biggest presentation halls indicates Kiai would have some insulation from that kind of cybermob if it does strike, but it would be far preferable for Kiai’s story to be heard, and their ideas taken to heart.

For the #1ReasonToBe panel as a whole, this was a transitional year. Last year’s panel took place a few months after the explosion of the “#1ReasonWhy” hashtag discussion on Twitter. The discussion examined why women were under-represented in the game industry, by women and other groups stated their #1 reason to stay in the industry and make games. Last year’s GDC panel used that discussion as a direct focus. This time, as co-organizer Brenda Romero explained, the aim was for celebration alongside people telling their stories. She also noted a huge change in the GDC audience’s interest, saying that her first “Women in Games Roundtable” took place in a “closet” or something near to, while this panel was in a room she’d termed “The Barn.”

Panelist Lauren Scott is still a student at UC Santa Cruz, but she’s worked on several notable titles, including the acclaimed relationship/conversation game Prom Week. In her presentation, she provided another inspiring story. “Up until elementary school, the games industry was entirely black and entirely female,” she said, referring to her younger sister being her partner in gaming. But when she was five, her father, who worked at Oracle, apparently anticipated the trouble she might have when she started encountering the wider world of games and gamers. So he programmed a game for her, with she herself as the star, which Scott – visibly choked up – said helped her know that a black woman could be the main character of a game no matter what else came next in her life.

Laralyn McWilliams, an industry veteran who realized she’d had a career making games since 1994 when she made a slide on the subject, discussed the changes she’d seen in her time, and the changes she herself had undergone. Her #1ReasonToBe in the game industry was “Every day matters,” a realization she had after fighting cancer in 2012. This led her to quit a job making a game where quality and monetization were opposed, for one thing, but also to speak out against sexism. “As a woman you used to feel like a lonely lonely unicorn” in the game industry, but now it’s like the unicorn from Harry Potter, shown as a murdered corpse. 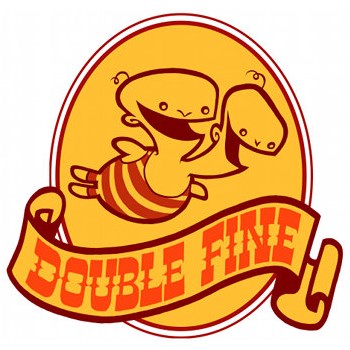 The most direct and pragmatic speech came from Double Fine’s Anna Kipnis, who specifically discussed her experience and motivation pitching games for the company’s Amnesia Fortnight, where all the employees can put in their game ideas, and a handful are chosen for Double Fine to work on (this process led to games like Costume Quest, for example). The games were initially only chosen privately by Double Fine’s founder Tim Shafer, but in the past couple years, they’ve been made public so fans can vote on them.

Kipnis, who’d had ideas but never pitched, said she believed that she, and other women who didn’t pitch, simply happened to not feel like pitching. “But if I’m honest with myself,” she followed up with, “there was another reason I didn’t pitch a game.” There was a lack of confidence that her idea was good enough to be taken seriously. But the publicizing of the pitches helped her realize otherwise, when she spoke to her male co-workers. “I’d thought way more about my half-baked game than they had about theirs.” So she made her pitch – and is now leading the development of Dear Leader. But this was more than just a personal story. Kipnis also gave strong, clear advice on how to give women and other under-represented people the space to express their creativity. These included office-wide creative days where everyone, no matter their role, is encouraged to discuss their ideas, alongside a general culture of giving everyone a voice.

Academic Colleen Macklin, an Associate Professor at Parsons The New School For Design, gave a subtle, clever speech where she encouraged the audience to seek out patterns in what they saw at GDC and the game industry at large, and she worked to counter a prevailing overly conservative attitude that nothing could be done about gender inequality in gaming because things were simply the way they were. “It is 100% our responsibility,” she declared, before scoring a critical hit. “We’re designers! We talk about designing systems, let’s design them!” Game designers are so keen on their abilities to deal with systems that surrendering to mere sexism seems rather pathetic.

A similar irony took place in another panel an hour later, “An Empirical Study” of sexism in the industry. There, another remarkable undergraduate, Jennifer Allaway, discussed how she wanted to examine the data behind the issue of sexism, only to find that there wasn’t any, either academically or available via gaming sources. If there are two things that I would expect from game designers, they’d be a willingness to play with systems, and a desire to have empirical data – that’s the reason QA testers exist! And yet those game developers are utterly passive on those subjects when it comes to sexism and discrimination.

Writer and editor Leigh Alexander had actually started off the #1ReasonToBe panel by discussing those systems and how they affected her personally, back at her first GDC. She calls her past self “an immature emotional mess,” but also discussed how relieved she was to discover the things that had hurt her when she was younger weren’t merely about her, but were systems that affected all women. “My experience isn’t unique” was a revelation to her, and motivated her to co-organize the panel because-citing Frozen – “Nobody wants to be alone.”

Some of the numbers cited from the empirical study at the later study backed that up. 60% of the women surveyed “admitted to experiencing sexism to some degree” while 77% of women in gaming, and 55% of men, knew someone who’d experienced it. Also, “30.8% of women believe a glass ceiling exists, compared to 10.3% of men.” There was an unfortunate lack of clarity on how self-selecting the respondents to the study were, which could mean these numbers (from a survey of over 300 people) aren’t the entire industry, but they certainly still have value, especially in the discrepancy between men and women. There was also qualitative data, such as an interview with a woman who discovered she was being paid half as much as her male colleagues and was told they couldn’t afford to pay her more.

The #1ReasonToBe panel may have started with a more specific goal in 2013, but its continuation provided a platform for a diverse set of people, stories, and conclusions. For Leigh Alexander, it was defiance, declaring that now, with this, “nobody’s going to tell me to pipe down, or get back to the kitchen. I fucking dare you.” There was hope, in Lauren Scott’s goal of being a mentor for other girls, and practical conclusions, from the social science of the empirical study, and the recommendations of Anna Kipnis. And then there was Deirdra Kiai, whose burst of intelligent emotion will be considered a GDC highlight for years to come.