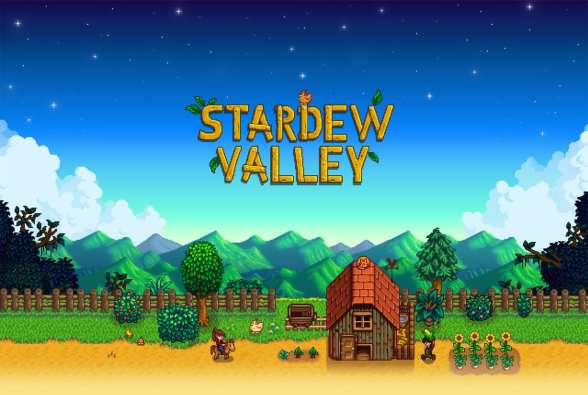 ConcernedApe, the solo developer behind the monstrously popular farming simulator Stardew Valley, has two new games in the works. Responding to a fan on Twitter who asked if there are any plans to create another entry in the Stardew Valley universe, the developer Eric Barone confirmed that he is working on more projects that expand the world of the original game released in 2016.

Yes, I'm actually working on a couple of new projects. One takes place in the world of Stardew Valley, but is not a farming game. The other, I'm not 100% sure about the world yet, but it will tie into Stardew Valley in some way

What exactly a non-farming game has in store for the Stardew Valley universe is anyone’s guess, but what is more mysterious is the second project talked about in the tweet.

In a Q&A from 2017, Barone mentioned that he’d already begun working on another game in the Stardew Valley universe that is not an expansion or sequel, so it sounds like this first project has been in development for a little longer than two years. Today’s tweets are the first we’re hearing of a second project however, so we will probably have a longer wait for that title.

Barone says he isn’t looking to launch another phenomenon similar to his first smash hit, just that he wants to continue creating games that he is passionate about. For now, it seems the developer wants everyone to keep their hype in check, even if most fans replied with positive well-wishes regardless of what eventually comes to be.

I'm not setting out to make the next indie smash hit, I just want to make another game that I enjoy and am happy with. And to share some of my art & ideas with the world. If it becomes popular, I will be happy, but it's not my focus

Stardew Valley is currently available to play on Android, iOS, Mac, Nintendo Switch, PC, PlayStation 4, and Xbox One. The game celebrated 10 million units sold only last month, marking an impressive milestone for the one-man crew that makes up ConcernedApe.