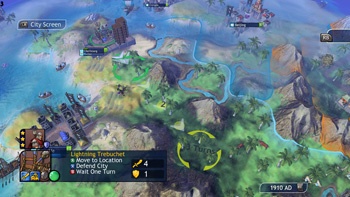 A good salesman directs you toward a decision that you might not have made.

An amazing salesman makes you think it was your idea.

Coming out of 2008 with less enthusiasm than I entered the year with, I think I may have been the victim of some amazing salesmanship from the console gaming industry. Backed by the full force of a multibillion dollar industry, organized advertising campaigns and promises of prurient wishes fulfilled, it’s not hard to be drawn into the cult of the couch and find yourself holding an Xbox 360 controller, even if you are a child of PC gaming.

I am a product of Pentium. I have wrangled with Windows 95. I am of the breed that fondly remembers DOS prompts. I was there when CD-Rom was amazing new technology, and I am part of the reason that Myst is among the most esteemed games of all time. I have fought the Kilrathi, been the Master of both Orion and Magic, guided the Avatar through his laborious virtues and explored the Wasteland. I am, at heart, a PC gamer.

So, what the hell was I doing playing so many console games this year?

The easy answer, I suppose, is that is where the industry in moving. If I’m very lucky as a PC gamer, then the majority of games designed largely for a console audience might simultaneously be released on the storied platform, though more often than not I have to either wait for an poorly optimized and carelessly released port, or just submit to the inevitable and fire up my console.

For example, though many loved it, I am still personally reeling from the fact that I bought and played Civilization Revolution, as though it were anything but a crippled and trite shadow of a game I have adored for more than a decade. If I sound angry, it’s not at the developer or the game itself, but at myself for allowing even a brief entertainment of the idea that this is what Civilization games should be now. Bad antiquated and out-of-touch gaming fossil!

The inescapable truth is that I am never happier as a gamer than when I have a mouse in my hand. Despite decades of repeated attempts to keep with the times, I really have to admit that when playing an action game, controllers are as foreign in my hand as would be a Taco Bell in the cold desert of Northern Mongolia. I don’t want to play games with my feet up in front of the television, absorbing content in the same way that I watch reruns of House.

That’s just not how I roll – people still say that, right?

If I left 2008 with a negative impression, then the fault is entirely mine. It’s not like I didn’t know Fallout 3 was going to be a shadow of the former experience. It’s not like I wasn’t prepared for the fact that the chasm between what Peter Molyneux suggested for Fable 2 and my impression of the final product would require a well-fueled Cessna to traverse. Obviously I knew going in that Metal Gear Solid 4 was going to be an obtuse beast with a plot so contrived and over written that it certainly seemed like a grand experiment in putting the old saying about enough monkeys and typewriters to the test. And, as to Rockstar’s eastern bloc gangsta epic, I simply refuse to waste any further opinion on that matter. 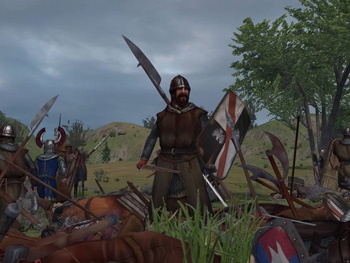 I say this not to diminish anyone else’s experience with these games. I don’t even say this as some kind of objective indictment of quality. I say this as an old man standing on the lawn glowering at them damn kids with their motorized scooters and cell phone holsters. I say this as a guy who got too comfortable in time, pulled up a lawn chair and fell asleep as the world marched on and away.

In terms of games and gaming, sometimes I sit down and wonder why it’s not 1991 anymore.

Fortunately I’m not alone, and as I launch my 2009 gaming experience, I do so in a whole new way. I am engaged in the enthusiastic pursuits of games like World of Goo, Mount and Blade and even some deep and convoluted wargames. I have the Witcher Enhanced Edition waiting to be fired up and paid proper attention. I have S.T.A.L.K.E.R. Clear Sky to follow that. These are the kinds of games that will build the foundation of my new gaming year.

This doesn’t mean that I intend to abandon the popular releases, or that I won’t find myself from time to time kicking up my heels and consuming a console game. I recognize that the platform has value, that it is beloved by millions and that it can produce a kind and quality of experience that my PC never can. I will try to come to the sofa with an open mind and a fresh perspective, but I will not base my impression of the year on the mass market again. It’s a terrible disservice to those thousands of smaller, often forgotten developers that are producing exactly the innovation and creative endeavors that I claim to want so badly.

What 2008 has taught me, hopefully for the last time, is that there is nothing sillier than clamoring for that which already exists. Sitting on the couch complaining endlessly about the experience of too many console games, while thousands of games that are exactly the kind of thing I like to play wait just under surface, is stupid in a magnificent way.

Sean Sands is a freelance gaming writer, the co-founder of gamerswithjobs.com and a consummate PC connoisseur. You kids with your fancy bump mapping and anti-aliasing; why in my day you were a square on the screen, and you loved it!