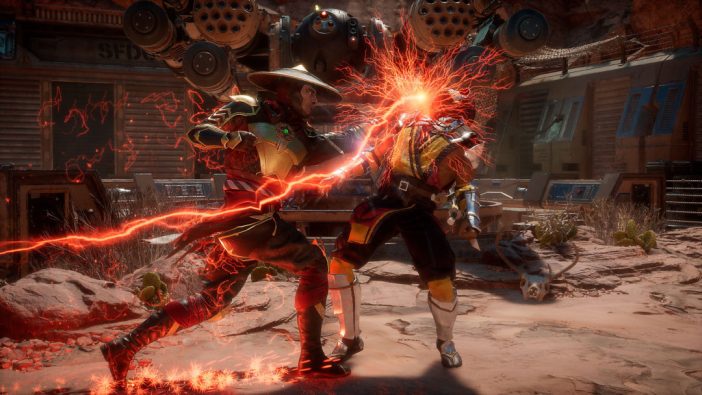 Crunch is an epidemic. Whether it’s BioWare, Telltale Games, or 343, soul-crushing work environments that pressure developers into staying overtime have become all too commonplace. This unhealthy practice of anxiety-inducing overwork occurs with such regularity that it’s seen as normal for the industry; it’s expected that management will exploit the devotional labor of their employees, often to the detriment of the workers’ sanity.

NetherRealm Studios appears to be part of the problem. According to a Twitter thread by former NetherRealm software engineer James Longstreet, the studio behind the Mortal Kombat and Injustice franchises allegedly engaged in some disturbing practices. Inspired by a Polygon article reporting on Epic Games’ Fortnite crunch, Longstreet’s thread details years of abuse by NetherRealm, but mostly focuses on his experience working on Mortal Kombat 9. During a long stretch of development, Longstreet alleges he worked from 10 a.m. to midnight even though management clocked out for dinner. He also said he only took two days off: his own birthday and a friends wedding,  and he was still on call for his birthday.

“Working at NetherRealm on MK9 almost killed me,” Longstreet tweeted. “I didn’t sleep more than four hours for months. From January to April 2011, I was at work more than half the time… it was made clear that everyone was required to crunch.”

Longstreet’s allegations were backed up by other former NetherRealm employees via a PC Magazine report. The story reported several abuses during recent projects such as Mortal Kombat X and Injustice 2 including 100-hour work weeks, underpaying contract workers at either $11 or $12 an hour depending on gender, and sexual harassment. These horrific working conditions caused former NetherRealm contractor Beck Hallstedt to speak out on Twitter as well where they stated “NetherRealm Studio needs to be exposed for predatory and abusive behaviors in the same ways that Riot, Epic, and Telltale have.”

NetherRealm’s abuse particularly makes my blood boil. The studio and its publisher, Warner Bros. Interactive Entertainment, create the greatest and most successful fighting franchises of all time yet still mistreat and belittle those who put the effort into making those games great. Even worse, the extra monetization from DLC and Mortal Kombat 11’s outrageous microtransactions only further highlight the disparity between the management who gets to go home for dinner and the underpaid workers undergoing crunch. It’s inexcusable behavior for any company but even more so for a storied AAA franchise profiting from with in-game monetization on top of the full retail price.

The video game industry needs to unionize. Whether through crunch, inadequate pay, or mass layoffs, publishers and development studios have shown time and again their inability to self regulate. Workers crafting some of the most profitable entertainment properties in human history have little to no protection from this industry’s intrinsic corporate avarice. Hopefully these allegations will spark some change within NetherRealm and eliminate the long-term workplace fatality known as crunch.