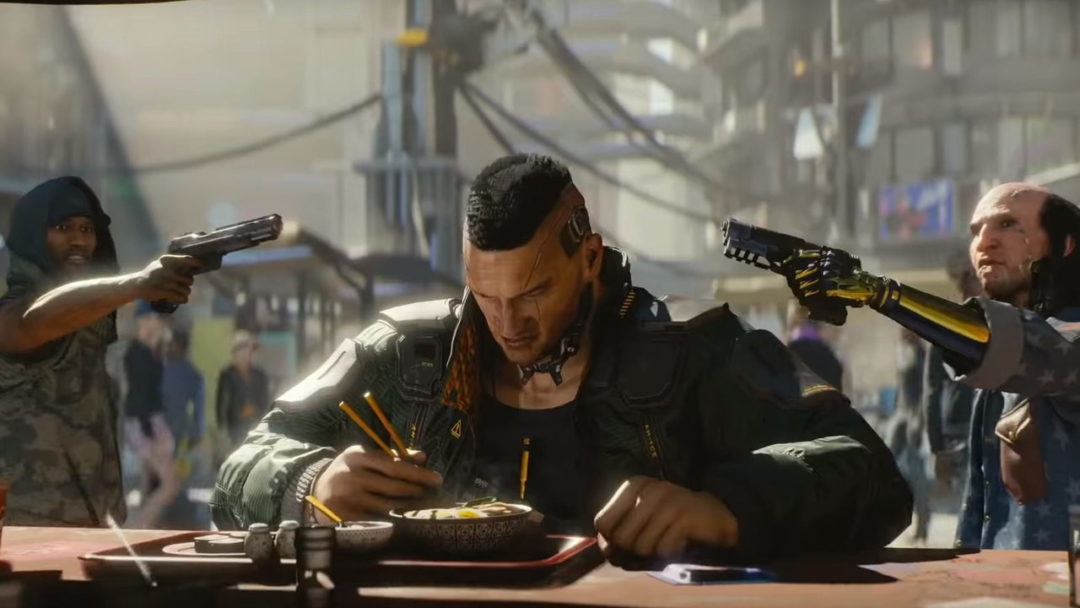 Cyberpunk 2077 is going to get thirsty. CD Projekt Red’s upcoming science fiction Keanu Reeves best friend simulator will feature a plethora of romancible characters, including those of the same sex as your custom avatar. According to a DM discussion between Redditor magired1234 and Cyberpunk 2077 lead quest designer Pawel Sasko, Cyberpunk 2077 will have in-depth and narratively important romance options comparable to the developer’s The Witcher 3: Wild Hunt while offering more bachelors and/or bachelorettes to chase. Some of these wooable NPC’s allow players to engage in LGBTQ relationships.

Sasko explained that V, Cyberpunk 2077’s protagonist, is the reason behind the more robust relationship system. Unlike The Witcher 3’s Geralt, V isn’t a concrete character from the game’s outset. While player choice is a heavy factor in The Witcher 3’s storyline, Geralt has a distinct appearance, voice, and backstory, and these are defined characteristics that Cyberpunk 2077’s lead protagonist diverges from. V’s race, voice, sex, and gender expression are customizable from Cyberpunk 2077’s outset. As a result, players are granted with more choices within the narrative, including who’s worth dating within the game’s dystopia.

As a pansexual transgender woman, I applaud Cyberpunk 2077’s inclusion of queer relationships. From my viewpoint, dating someone has nothing to do with their sex assigned at birth and more to do with the quality of their character. It’s cool that Cyberpunk 2077 reportedly respects this outlook. With that said, Cyberpunk 2077’s abundance of romantic offerings may have some drawbacks. While The Witcher 3’s love triangle was limited to Triss and Yennefer, those characters were incredibly well written and worthy of the hour-long quests necessary to learn more about their respective personalities. Executing similar quality character development on a grander scale would be a herculean feat.

Additionally, I worry that CD Projekt Red won’t handle LGBTQ relationships well. The inherent intricacies of queer identity and romances generally aren’t explored well within the mainstream video game landscape, and this is especially true of CD Projekt Red. Within the LGBTQ community, the studio’s PR has taken a dive over the past year. The GOG (CD Projekt Red’s online storefront) and Cyberpunk 2077 Twitter accounts have made light of transgender discrimination in the U.S. In 2018, the GOG account coopted the Won’tBeErased hashtag while the Cyberpunk 2077 account repeated the obnoxious transphobic phrase “Did you just assume their gender?!”

This is to say nothing of the recent controversies surrounding Cyberpunk 2077’s use of race and a fictional in-game advertisement with a sexualized transgender model. Whether or not Cyberpunk 2077 can overcome these issues remains to be seen, but even with my concerns, I’m excited to play this game when it launches in April 2020. Keanu Reeves better be a romance option.