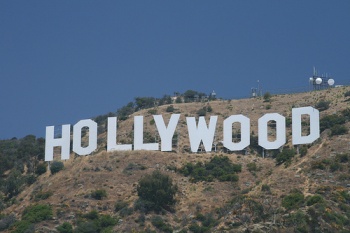 I’ve been watching Hollywood produce movies as if it were a child sitting in the corner, playing with a spoon.

Hey Hollywood, how about a story about fork?

No! Market research shows the public wants Spoon. We will give them Spoon. More Spoon. We can bring Mindy Kaling on board to write us a Spoon sequel. She writes them diversity stories. She will bring a fork along as a wacky sidekick.

I get it. I get the desire to take beloved properties and refeed them to us, making our media as different as the Taco Bell menu. Sometimes it can work. The 1985 movie of Clue was clever and funny (especially as it had different endings for different regions. My region saw the one where Ms. Scarlet did it.) But Clue was a story – someone (obviously distinct characters with different personalities) commits a murder in a room (different rooms) with a weapon (very different weapons. Who ever heard of death by candlestick?). It’s easy to make into a movie.

But now they’re making a movie of Battleship. The game that had you put plastic boats of indeterminate nationality in hidden areas so that your friend can yell out B-12! And you can say, “You sank my battleship!” just like the commercial and you both laugh because that’s how bad jokes were in the 80’s when you weren’t allowed to watch Richard Pryor. And they’re not stopping with Battleship. To reference the aforementioned Ms. Kaling, she met with Hollywood folks to discuss writing a movie for them, and they decided that they wanted a movie based on the game Yahtzee. Yup. You read me right.

The thing about Battleship is they could have done a big budget, alien movie with tons of explosions and they would have done just fine. They didn’t have to call it Battleship. I don’t remember any aliens in Battleship. Admittedly, I may have liked it better if they had thrown some in. I can’t imagine anyone going to see it just because it’s called Battleship – in fact, I can imagine hardcore Battleship fans (do those exist?) being as disappointed at the addition of aliens as hardcore Watchmen fans were at the removal of aliens.

So if the world has gone mad and want only existing licenses, I would like to give my own proposal for a video game and movie tie-in, based on a book. 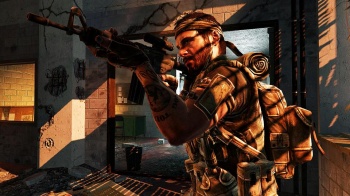 OK, here we go. Stay with me, else you will be blown away by the sheer awesome.

This is a hybrid game, action/adventure and first person shooter: Daisy. I call it LA Noire meets Call of Duty. The game starts with the main POV character, Nick, joining his family on their estate to learn about the men who got rich off the war. This can be any war. I’m leaving this open for a possible science fiction theme. We can have the Great War, a dystopian post WWIII event, or a Mass Effect-type space war. Designer’s choice.

We have Tom, the antagonist, who is well off and has a huge arsenal. And we have Jay, who is the true protagonist (although the player is inside Tom’s cousin, Nick’s POV; this is a spear-carrier type story.)

So the first half of the story is a sandbox type game where you learn about Nick and Jay and where they made their money (Jay’s is a mystery!), secrets about their friends, and their love of their arsenals. Particularly one gun, which belonged to Jay before the war, but he had to pawn it to Tom in order to pay off some debts. They call it Daisy. Jay has his choice of guns, but he still pines after Daisy, and Tom claims it’s his favorite gun, but he rarely uses her. Jay asks Nick to steal Daisy, and to turn her green laser-scope on when he does so, so that Jay can see her across the lake.

Once you get Daisy past Tom’s security system and lie to a couple of guard on the way out of his manor, you deliver the gun to Jay and that’s when the excitement starts. As this is a sandbox world, Nick does have the option of stealing the gun for himself and doing some quests in town, but he won’t get the support of Jay when he needs it later on. Jay is the only place Nick can get body armor and more weaponry. So he can use Daisy in a sportcoat, or use a lesser gun but probably live to see his gin and tonic at the end of the day.

So! Excitement. Tom is part of a secret mercenary squad and he and his partner, Myrtle, are planning on raiding the sleepy little town of Yellow Yolk. Suddenly you have to team up with Jay, who fits you in full body armor and weapons, and you must go stop them. The story gets gray as allies betray allies and no one knows who to trust. The full body-armor means no one sees who you are, so after each mission, Nick is back talking to Tom as if nothing happened. The game turns into hiding the theft from Tom, using dialogue and story choices. In the end, when Tom finds out about the theft, it’s an exciting standoff with swapped armor sets, armored vehicle chases, and no one knows who is who, and it’s a bloody, frightening climax.

When we turn this into a movie, I can imagine an actor like Idris Elba playing Jay, his quiet intensity is perfect. Myrtle is Lucy Liu, obviously, and Tom is played by Vince Vaughn. Nick will have to have a face in the movie, and I’m thinking Ed Norton or Tobey Maguire.

Sales of the book in question, The Great Gatsby, may go up, but probably only among high school kids.

Hollywood is going to shit when they hear my idea. Totally.