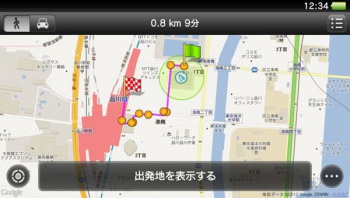 I have no sense of direction.

It’s scary and chronic. I have lived in Durham, NC, for thirteen and a half years, but only recently realized I lived in south Durham. Sure, I always knew how to get where I was going, and my GPS is my best friend next to my heating pad and my PS3, but if you asked me whether I lived in north Durham or south Durham, or perhaps in the south-south-west corner, I would have had no idea. When people tell me that something is on the west side of the county, I ask for a landmark to figure out where they’re talking about.

Sometimes I think, “Oh, I’m just saying I’ve got a bad sense of direction like a lot of people say that bacon is as good as an orgasm and clowns are the most evil things. Sure, bacon is tasty and clowns can be creepy, but most people are just jumping on a meme.” Then I get overly confident and try to find something. That’s when life smacks me in the face with a wet herring and laughs at me.

No. Seriously. I have no sense of direction.

So who cares, right? I’m here to talk geek stuff, not whine about my ability to get lost in area I’ve spent more than half my life. But this bad direction sense manages to get me into major trouble in games.

World of Warcraft was masterfully crafted so that you organically go from one level to a slightly higher level to a slightly higher one. Only a dumbass will stumble their level 2 Orc hunter through the one bitty crack that lets you escape from n00b canyon, swim across the river, run from scary monsters that are officially level DEATH SKULL, and into Ratchet, having no idea what just happened.

I, ladies and gentlemen, am that dumbass.

Aside- I love that you don’t know how powerful the high-above-you monsters are. It doesn’t matter. It’s just instant death.

So after my scary trip into Ratchet – and even scarier to realize I didn’t know how to safely get back home to the happy place where the monsters are levels 2 and 3 and they feed me bonbons and cactus fruits – I had other adventures due to my inability to realize where I was going.

And yes, I know there’s a map, and it’s easy to access. But sometimes you get a feeling of exploration going on, and you know checking the map will just confirm the lurking suspicion in your mind: that you are a dumbass. Other times you will be in that special area that won’t trigger the map to open up and it’s like you’re driving on a new road that your not-updated-in-2-years GPS is very concerned about. The bear running after you is yelling, “PLEASE DRIVE TO HIGHLIGHTED ROUTE!” and you are yelling back, “I WISH I COULD!”

I’ve tried to take a “short cut” several times, because clearly going in a straight line is a shorter way than going along the safe road. Only I didn’t realize a couple of things. First, low level characters in high level areas serve as a beacon, a bright flashing light that is neon and it says Fresh Meat Here! to any area monsters. I was trying to level up a character by playing with a much higher level character, but I was the Boy Wonder and the scorpids were Penguin henchmen, and I got trussed up to wait for Batman more than once.

Batman is my friend…or maybe the angel who hangs out at the graveyard. The metaphor made more sense in my head. Leave me alone. And does anyone else feel bad for that angel? Her only job is to hang out at the graveyard and tell you, “Sorry, you’re dead, wanna come back to life?” She’s like the bathroom attendant, only you can’t offer her tips as she’s mopping up your pee splatter. 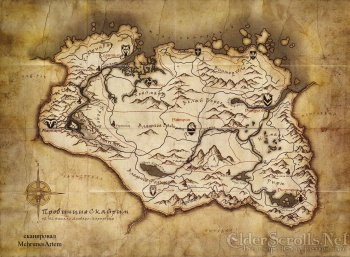 My favorite lost-in-WoW adventure happened when I decided it would be easiest to get from here to there (or from NEAR to FAR for old school Sesame Street watchers down with Mr. Hooper) by going up the coast. What could go wrong as long as I kept to the shore and avoided monsters, right?

A lot of things, it turned out. First being the good old death-by-deep water. You see, none of the warriors in Azeroth got higher than polliwog in swim class at the YSWA. (That’s the Young Sentient Worshipers Association. Their dance is awkward.) If anyone gets in water over their head, they begin to take damage and drown. So yeah, I drowned.

As usual, I came to as a ghost, tried to tip the bathroom attendant angel, and ran back out to get my body. Then wondered, huh, what happens if I didn’t come back to my body, but kept running? I can run on top of the water, and I’m already dead, so what’s the harm? Run across the water, hit the graveyard up the coast in the next zone, and take the resurrection sickness hit. Brilliant!

Only… Blizzard didn’t like this bit of cleverness on my part, and made me drown again. Yup. I drowned as a ghost, losing all the way I’d run during my escape from the chains of life, and then having to go back to my bloated body already nibbled on by sea scavengers. (OK, that’s not in the game, but it would be awesome if it was.)

When I discovered the Clairvoyance spell in Skyrim, I nearly wept. So wonderful! So helpful! Take me to my quest! Keep me on the road where it’s safe! Except for the bears that nap in the middle of the road. And except for dragons. And except sometimes doesn’t work. Sometimes it tells me to go into a building, and when I go in, it tells me to go back out. It’s like my GPS without a map update. “Recalculating! Recalculating!” Other time it says there is no discernible path. I still haven’t figured out what that means, I guess my magic has yet to download the appropriate Skyrim road map.

My sense of direction has led me off cliffs in SSX and Mario Kart, into monster caves in Skyrim and WoW, and have gotten me so turned around that I go the wrong way in Portal and the dungeons of any game. My stubborn streak to go the way the crow flies has gotten me more death and fewer “wonderful surprises” than you’d think, but on the other hand, if I try to go the way the game leads me, I could still take a wrong path and end up in a level 35 area when I’m level 15.

I’m at a point in my life where I think less on how to completely overhaul a problem and more of how to patch it. I’m not going to change- I don’t know where the crap I’m pointing or what direction on the highway I’m going. When traveling alone in cities, I take cabs. At home I use my GPS. And while gaming, I suppose I could focus on games that have tougher restrictions on the areas you’re not supposed to go. Games like earlier Final Fantasy (I haven’t played XIII and didn’t finish XII. Gasp.) come to mind, where you simply can’t access some parts of the world till you have the proper method of transportation.

But hey, if I knew where I was going, then I wouldn’t learn the joy of stumbling across different areas, or discovering places that I probably shouldn’t have been able to climb over/through. I wouldn’t have accidentally gotten stuck where the only way out was reload, jump to my death (and, in Skyrim, probably my horse’s death. Damn but that’s a horrible sound!) or fast travel.

And where’s the fun in that?