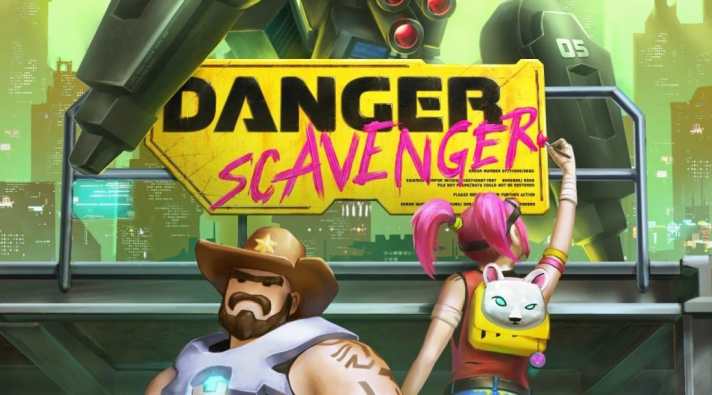 Danger Scavenger is a top-down roguelike set in a cyberpunk dystopia — and it launches today. Developed by Star Drifters and Piotr Wolk for PC, the fast-paced roguelike is available at a 10% off launch discount of $13.49 on PC. The game’s launch trailer offers a better look at the cartoon art style in action.

Efficiency is the goal, as players are fitted with the tools and weapons to mow down enemies in colorful fashion. The baddies in question are “soulless AI” controlled by the wealthy, evil corporations that watch over the city. To capitalize on the neon streets of Danger Scavenger’s setting, Star Drifters and Piotr Wolk have made it so players take part in these battles on the rooftops of city buildings.

Here is a short description of Danger Scavenger:

Deadly efficient. Highly skillful. Invisible to indifferent citizens. They fight the greedy corporations that have entire nations under their thumb. Suits scornfully called them Scavengers. It was they who first noticed that the situation turned around. And it’s the artificial intelligence A.I.O.N.E., who took over the control causing the machines to revolt against their masters. The time has come. Step out of the shadow to face this new enemy in open battle.

Soon A.I. will have to learn how dangerous the Scavengers are.

Four playable scavengers can be picked from to move through Danger Scavenger’s risk-reward gameplay. As with many roguelikes, weapon and ability combinations spice up the combat, with the developers promising more than 30 enemy and weapon types, along with more than 50 items and upgrades.

Danger Scavenger is available now for PC on assorted digital platforms. A console version will come at a later date in cooperation with Forever Entertainment.