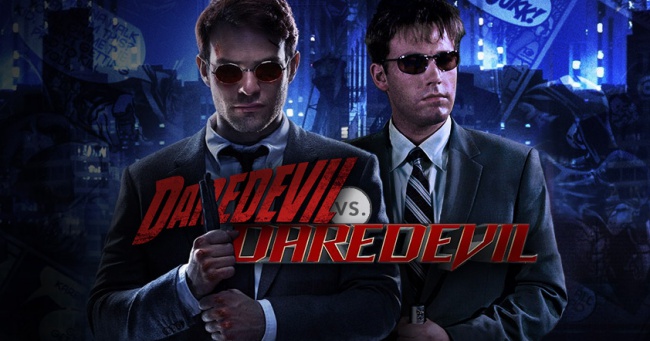 Netflix released the first of its live-action superhero series last week, and it’s all about the Man Without Fear: Daredevil. But when most people think of a cinematic Daredevil, they imagine the 2003 Ben Affleck film from Fox – largely considered one of the most disappointing superhero films of all time. That means Netflix’s Daredevil not only has to stand on its own two feet, but must surpass the expectations of audiences that disliked the original – no easy feat on the internet.

Here’s the thing – a lot of the rage over Affleck’s Daredevil seems incredibly unfair. Daredevil wasn’t nearly as bad a film as we remember – just an unfortunate casualty of an edited theatrical cut during a time when Hollywood was still coming to grips with superheroes.

But it does raise a question – how exactly do Daredevil and Daredevil compare with each other? Let’s break it down and see how each version’s characters holds up: 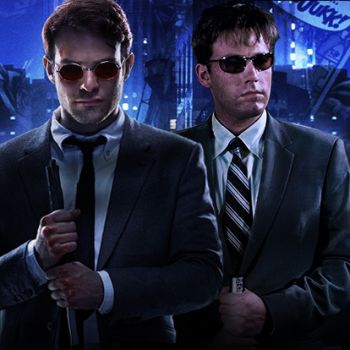 Any Daredevil production faces an interesting challenge – it has to portray Daredevil and Matt Murdock. Murdock is a blind lawyer specifically known for taking hard-luck cases – meaning he’s compassionate and has a strong sense of justice. Daredevil is the other side of that coin – violent, aggressive, and terrifying to anyone who cheats the system. It’s crucial that any actor portraying Daredevil embody both sides of this character.

That’s why it’s strange when Ben Affleck gets so much hate for this performance – he actually pulls off the dynamic quite well. His Daredevil is certainly a character with personal baggage, but does have a human side once his mask is off. That’s not to say Cox is emotionless, but he is a little more distant as Murdock – as though he can never quite turn off being Daredevil during business hours. Nothing wrong with that approach, but it is an interesting choice.

It’s also worth mentioning that, despite having a longer runtime, the Netflix series doesn’t spend much time on Daredevil’s “origin.” The chemical accident that generated his powers is almost an afterthought – instead flashbacks introduce other aspects of Murdock’s past to explain how he became the vigilante we know. It’s a far more organic process than the film, which like most superhero movies of the day had to dedicate a solid chunk of runtime to a mandatory origin story. Outside of the actors themselves, each story also treats Daredevil’s origin story in different ways. (And from a purist perspective, having Murdock push someone from the path of a moving vehicle once again was a nice touch.)

The Winner: Strangely, there are two winners here – Ben Affleck has an edge as Murdock/Daredevil, but the Netflix version’s world-building gives us more sympathy for Charlie Cox. Where you lean might be a personal preference, but Affleck is not easily dismissed here.

But what about Daredevil’s archnemesis, the Kingpin? Read on to find out! 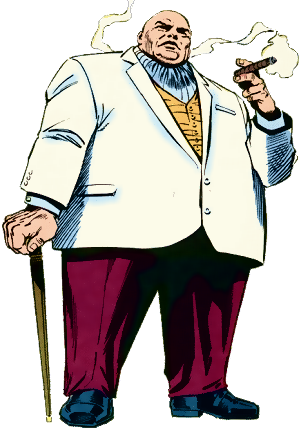 In the comic books, Wilson “The Kingpin” Fisk is like an evil Batman – he has absolutely no superpowers but everyone still cowers in fear upon hearing his name. Whether it’s because of his surprising martial arts abilities or that he has more money than God, it easily makes Kingpin one of the most intriguing characters in the Marvel universe. Casting Kingpin might be more important that casting Daredevil himself, and both studios chose very well.

Fox’s Daredevil chose Michael Clarke Duncan, whose performance wonderfully alternated between friendly and menacing on a dime. His mere presence alone made him the definitive cinematic Kingpin for a decade, not to mention the best element of the entire film.

But Vincent D’Onofrio’s performance in the new version absolutely shouldn’t be missed. Not only is it equally impressive, the Netflix series puts in the necessary worldbuilding so the Kingpin’s reveal leaves its mark. You don’t even see the Kingpin for nearly three full episodes – but you see his impact on the city, the lives he’s claimed, and how terrified everyone is of his name. Netflix’s Fisk isn’t just a supervillain, he’s a force of nature – one with a recognizably human touch. And that simply makes Daredevil’s struggle all the more compelling.

The Winner: Michael Clarke Duncan may have the comic book version of Fisk to a T, but D’Onofrio took bigger storytelling risks that paid off in a big way – which is certainly worth your attention. 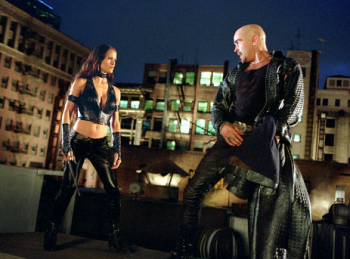 We should all be able to agree that the best Daredevil storyline – and perhaps the only reason the character is spoken of so highly today – was Frank Miller’s Elektra arc. It cannot be overstated how significant this period was for Daredevil comics – it introduced the assassin femme fatale Elektra, cemented Bullseye’s status as archnemesis, and turned the Kingpin from a minor villain to one of Marvel’s biggest antagonists. (No pun intended.) It established Daredevil as a comic book sensation and catapulted Miller in pop culture status. Wanting to adapt this storyline is perfectly reasonable.

It was also the biggest mistake of the Daredevil feature film.

Even if Jennifer Garner and Colin Farrell’s portrayals of Elektra and Bullseye were spot-on, there’s a bigger problem – Miller’s original arc covered over a year of comics. It took months to establish Elektra’s history with Murdock, create tensions across criminal organizations, and build to an unforgettable climax. Now imagine packing all of that into a two-hour film. It’s immensely difficult to do while keeping everything balanced, especially when you want to fit a second finale match against Kingpin. It’s remarkable that Affleck’s Daredevil was as cohesive as we got, given the circumstances.

The Winner: Netflix’s Daredevil made the right choice by avoiding the whole mess. It uses the full season to establish Matt Murdock as a character, leaving us the option of introducing Elektra and Bullseye next year. Slowly shattering Murdock’s life over the course of thirteen episodes will have a much bigger impact in a second season – and will keep us talking about Daredevil for years to come.

By virtue of its connection to the Marvel Studios, Netflix’s Daredevil will probably be more fondly remembered moving forward than the Fox film – and not undeservedly. This series does a fantastic job of bringing the spirit of the comics to the screen, instead of packing in as many direct comic references as it can. But hopefully looking at both stories side-by-side is a reminder that we may have been too hard on Ben Affleck’s first superhero venture… even if Netflix’s is the one we ultimately crave sequels for.