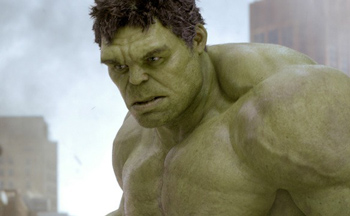 Do you remember when The Dark Knight Rises and The Avengers were still lurking on the blockbuster horizon, and the constant bickering between the films’ acolytes became so unbearably obnoxious that you began to hate both films and, indeed, the very concept of cinema itself? You do? Great, because chances are it’s all going to kick-off yet again thanks to some harsh criticism of The Avengers courtesy of The Dark Knight Rises cinematographer, Wally Pfister.

“What’s really important is storytelling. None of it matters if it doesn’t support the story,” he said when describing the art of cinematography in an interview with the Sarasota Herald Tribune. “I thought The Avengers was an appalling film. They’d shoot from some odd angle and I’d think, why is the camera there? Oh, I see, because they spent half a million on the set and they have to show it off. It took me completely out of the movie. I was driven bonkers by that illogical form of storytelling.”

Now it seems to me that Pfister’s comment is limited to the film’s cinematography, but it’s difficult to tell now that the Sarasota Herald has cut the quote from its interview. While we journos love the delicious taste of industry drama, ragging on another movie, particularly a rival movie, is considered unprofessional by many. The quote may have been dropped for PR reasons, but now it’s just floating around the internet, devoid of context.

In Pfister’s defense, he does know what he’s talking about when it comes to cinematography. Known for his work on Christopher Nolan’s films, Pfister has been nominated for four Academy awards and won one for his work on Inception. He’s currently working on his directorial debut, an unnamed, present-day sci-fi flick, with Nolan acting as executive producer.