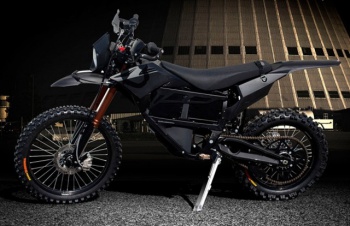 With DARPA’s newly-commissioned stealth dirt bikes, the enemy will never hear how rad you are.

The US pours a lot of money into military research, and the government’s Defense Advanced Research Projects Agency (DARPA) uses those funds to provide superior technology like drones, advanced software, and the best dirt bikes on the battlefield. Possibly the only dirt bikes on the battlefield, but still the best. A newly commissioned project will equip US special forces with hybrid, all-terrain bikes that don’t sound like an earthquake on wheels.

The DARPA-issued grant goes to BRD Motorcycles, who will incorporate a specially-designed engine from Logos Technologies. “Quieted, all-wheel-drive capability at extended range in a lightweight, rugged, single-track vehicle could support the successful operations of U.S. expeditionary and special forces in extreme terrain conditions and contested environments,” says Logos manager of advanced concepts Wade Pulliam. “With a growing need to operate small units far from logistical support, the military may increasingly rely on adaptable, efficient technologies like this hybrid-electric motorcycle.”

All silliness aside, there are definitely plenty of uses for small, quiet transport like this in a warzone. With luck, we could see a variant of the stealth engine make its way to commercial bikes – sure, it can’t be nearly as satisfying as the purr of a modern motorcycle, but everyone around you would probably appreciate the quiet.