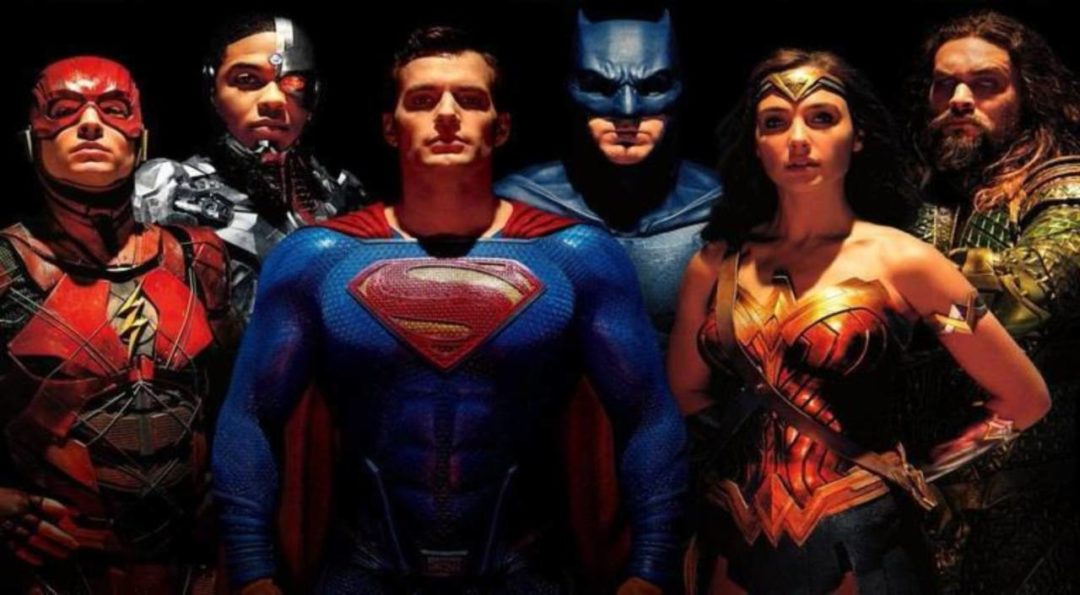 The DC Extended Universe (DCEU), or lack thereof, has been the punching bag of the great cinematic universe battle for a long time (aside from the Dark Universe, of course). Since Marvel began its extraordinarily successful Marvel Cinematic Universe (MCU) and sent studios scrambling to find their own franchises to turn into massive, interconnected film universes, WarnerMedia (owner of DC Comics) has been playing catch up with Disney (owner of Marvel). That has led to some… less than wise decisions and a divisive slate of movies. It has given the impression that DC is floundering about with little to no idea of what it’s doing. No matter if you’re a fan of the direction that DC was taking its movie universe or not, one thing was abundantly clear after Justice League landed: DC had no idea what to do with the DCEU.

However, that appears to have changed. After a few massive announcements over the last few months and an incredibly well-received virtual event last weekend called DC FanDome, the studio finally seems to have a plan. And surprisingly, that plan recommits it to the DCEU established by the already released DCEU films, even the maligned releases like Batman v Superman. With the upcoming The Flash acting as a kickoff point for the soft relaunch efforts, DC finally seems to have pulled together a path forward for its incredibly strong superhero IP, albeit a loose one. 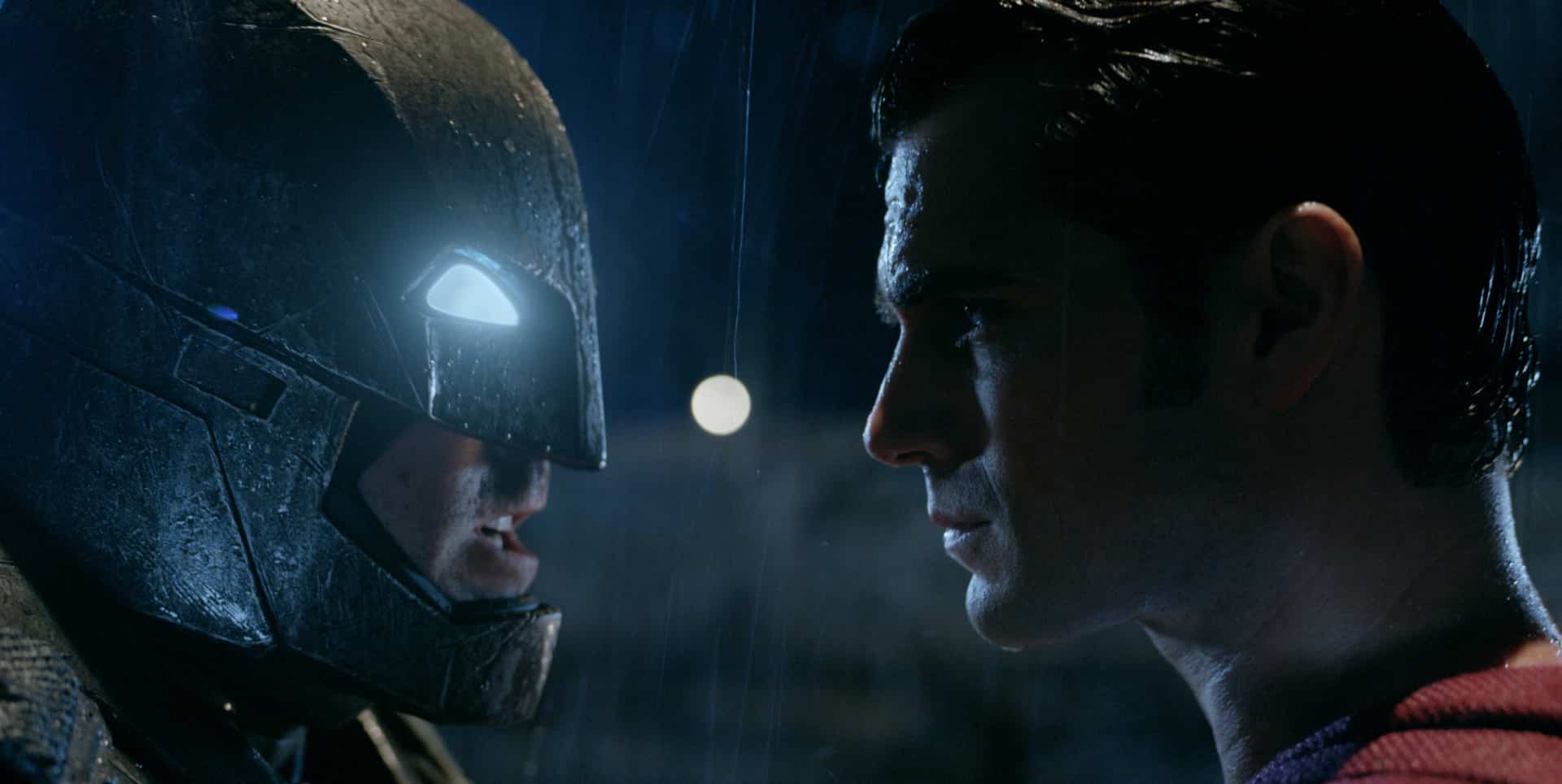 Let us take a look at how we got here, because DC did have a plan for its cinematic universe at one point. The DCEU officially kicked off in 2013 with Man of Steel. This set DC at least five years behind Marvel, which had released Iron Man in 2008 and already released its team-up film, The Avengers, in 2012. Zack Snyder was tapped to play the sort of universe-overseeing role that the MCU’s Joss Whedon was playing at the time and that Kevin Feige now holds the keys to, and he directed the film with an immense amount of buzz around it.

Snyder seemed like a good choice on paper. He was a popular director with a love of comics who had come off the successful Watchmen, and the collective amnesia we all agreed to means no one remembered Sucker Punch. However, Snyder got the whole thing off to a rocky start as debate exploded over his dour interpretation of Superman and the film’s inability to conjure up a single moment where Superman actually felt like Superman.

It’s not the kind of footing you want to start your cinematic universe off on, but DC forged ahead, deciding to reintroduce Batman and Wonder Woman to the world in a hasty team-up movie. Batman v Superman was a disaster. Critically panned and endlessly mocked, the $862 million it pulled in was far from what DC was expecting by placing its three biggest heroes in one film. DC had a plan though, and it was sticking to it. Of course, it helped that Suicide Squad somehow became a commercial hit despite being the worst superhero film released in the last decade and that Wonder Woman turned out to be genuinely good.

It all came to a halt when the studio released its second team-up movie just a year after its first, pushing Justice League out the door despite a directorial shake-up that saw the film basically entirely reshot and rewritten. The reasons for that are many and varied, including a tragic death in Snyder’s family, DC execs forcing a two-hour cut of the film, and a mustache. The end result, however, was an unmitigated disappointment, with a box office well below expectations and a cinematic universe now in complete disarray.

The fallout was pretty immediate, be it bad luck, poor circumstances, or skittish producers: The Flash movie struggled to find and keep a director for years amid a directionless DC. Ben Affleck left the role of Batman because he would have drunk himself to death if he hadn’t. Questions were raised about Henry Cavill’s return to the role of Superman. The next three films in the DCEU (Aquaman, Shazam!, Birds of Prey) basically ignored the universe as a whole aside from some crotch shots of Superman, as DC struggled to figure out where the hell it was going with this thing and whether or not it was just going to blow it all up and start again. 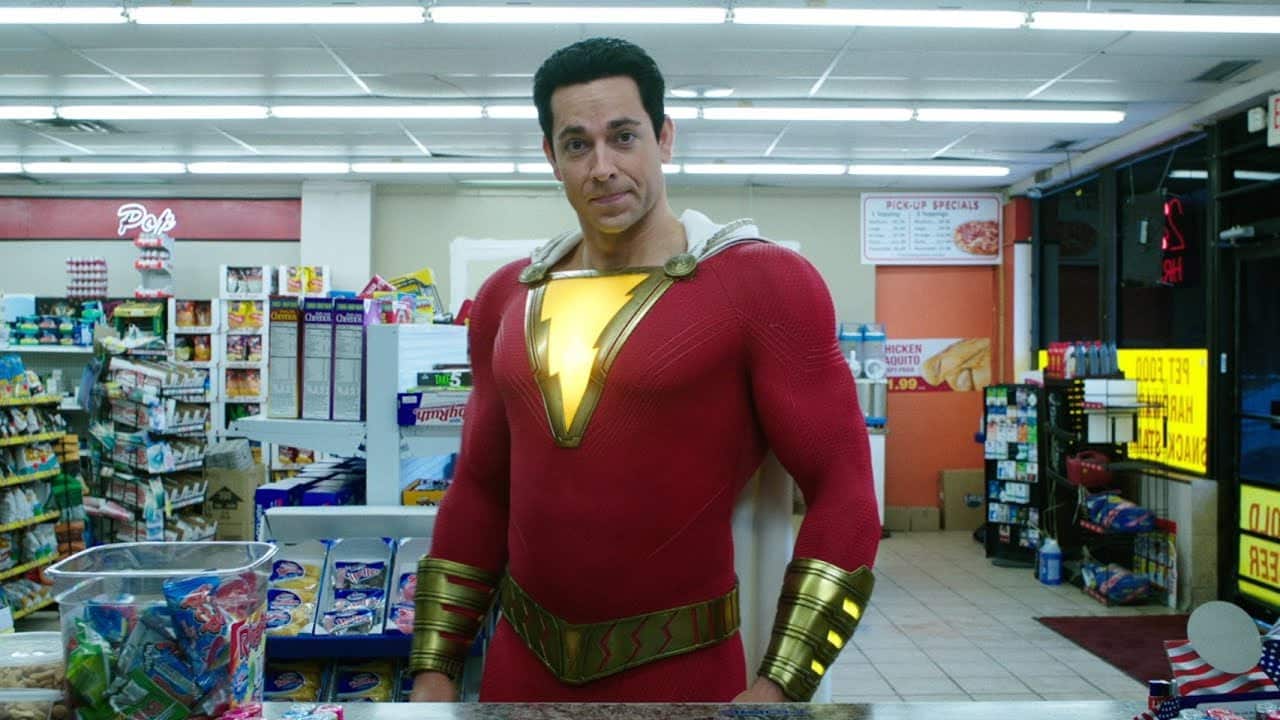 Here’s the thing — the rudderless ship approach kind of worked out. Both Aquaman and Shazam! were hits, not to mention Joker being an “arthouse” film that became the top-grossing R-rated film ever. By taking a pause and realigning its efforts, DC seems to have discovered a different path forward that lets it keep the DCEU and also do whatever else it wants. After a rash of announcements building up to and at DC FanDome, it’s clear there is a plan, for better or worse.

The first inklings of this plan came into view with reports (and later confirmation) that The Flash would adapt the Flashpoint time-traveling storyline. The question then was whether it would be a hard universe reset or if DC would try to salvage something from the wreckage. At the time it felt like a full reset was inevitable, with possibly only Gal Gadot’s Wonder Woman and Ezra Miller’s Flash surviving the transition given the uncertainty over Cavill’s return, Affleck quitting, Cyborg still not having his own movie, and indifference over Jason Momoa’s Aquaman. 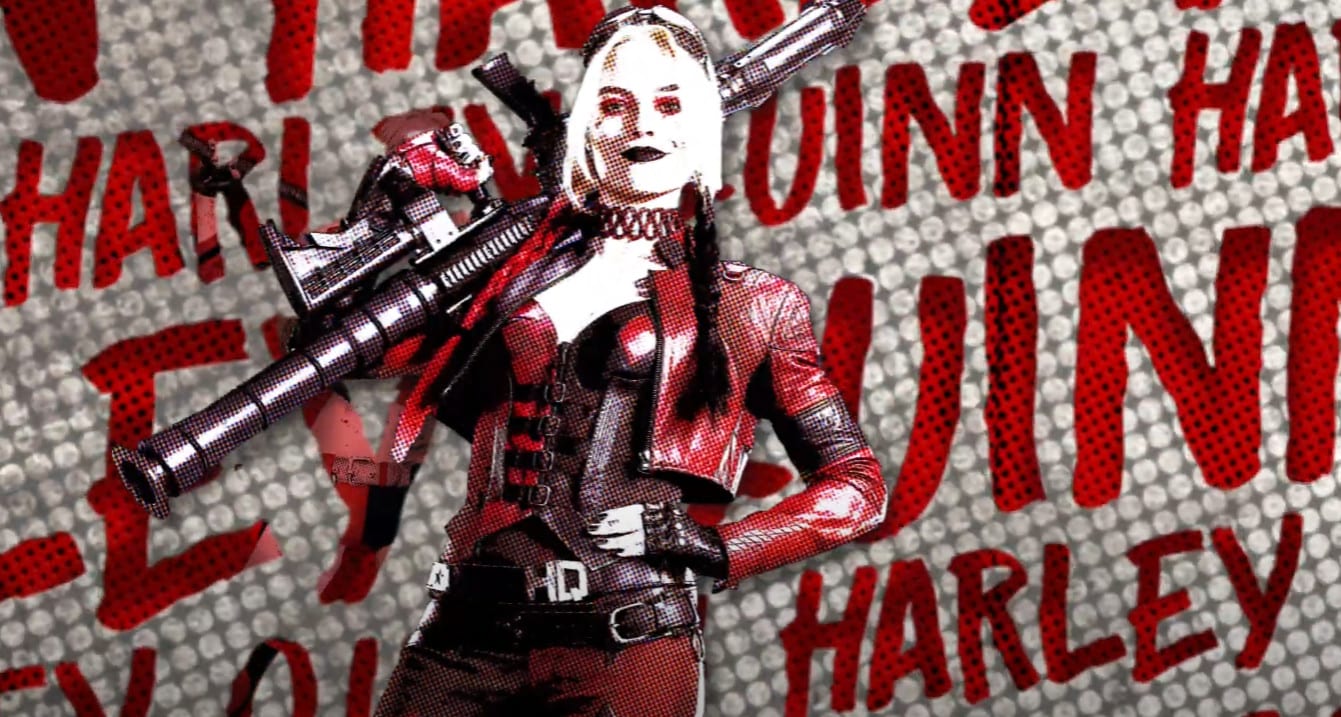 However, recent decisions demonstrate DC has committed to a plan that preserves the DCEU as it stands… for now. Firstly, and most likely spurred by the success of Joker and positive buzz around the non-DCEU The Batman, DC clamped onto the idea of a multiverse and is establishing it by bringing in Michael Keaton to play Bruce Wayne in The Flash.

Next, reports came in that Henry Cavill will return as Superman in multiple cameo roles in non-Superman films, showing that DC has not completely abandoned its biggest superhero and the man who plays him. Then the even bigger surprise hit: Ben Affleck is returning to Batman in The Flash, albeit in a likely smaller part. How long Cavill and Affleck will stick around is unclear, but that’s moot. What matters is DC has made a concerted effort to bring back its two biggest DCEU actors to reestablish the universe.

More of this commitment came during DC FanDome as DC paraded in a host of films all in the DCEU, including Wonder Woman 1984, The Suicide Squad, Shazam!, and Black Adam. While the latter three franchises all got their start in films that were mostly separate from the Justice League storyline, the main slate of movies that DC had panels for were all DCEU films.

The path forward seems a lot clearer now, and it involves telling individual stories while incorporating the previous DCEU work to build out the cinematic universe. DC has chosen to stick with what it’s already built by bringing back the cast of Justice League in one way or another and going from there.

Until Flash soft-reboots it, of course. 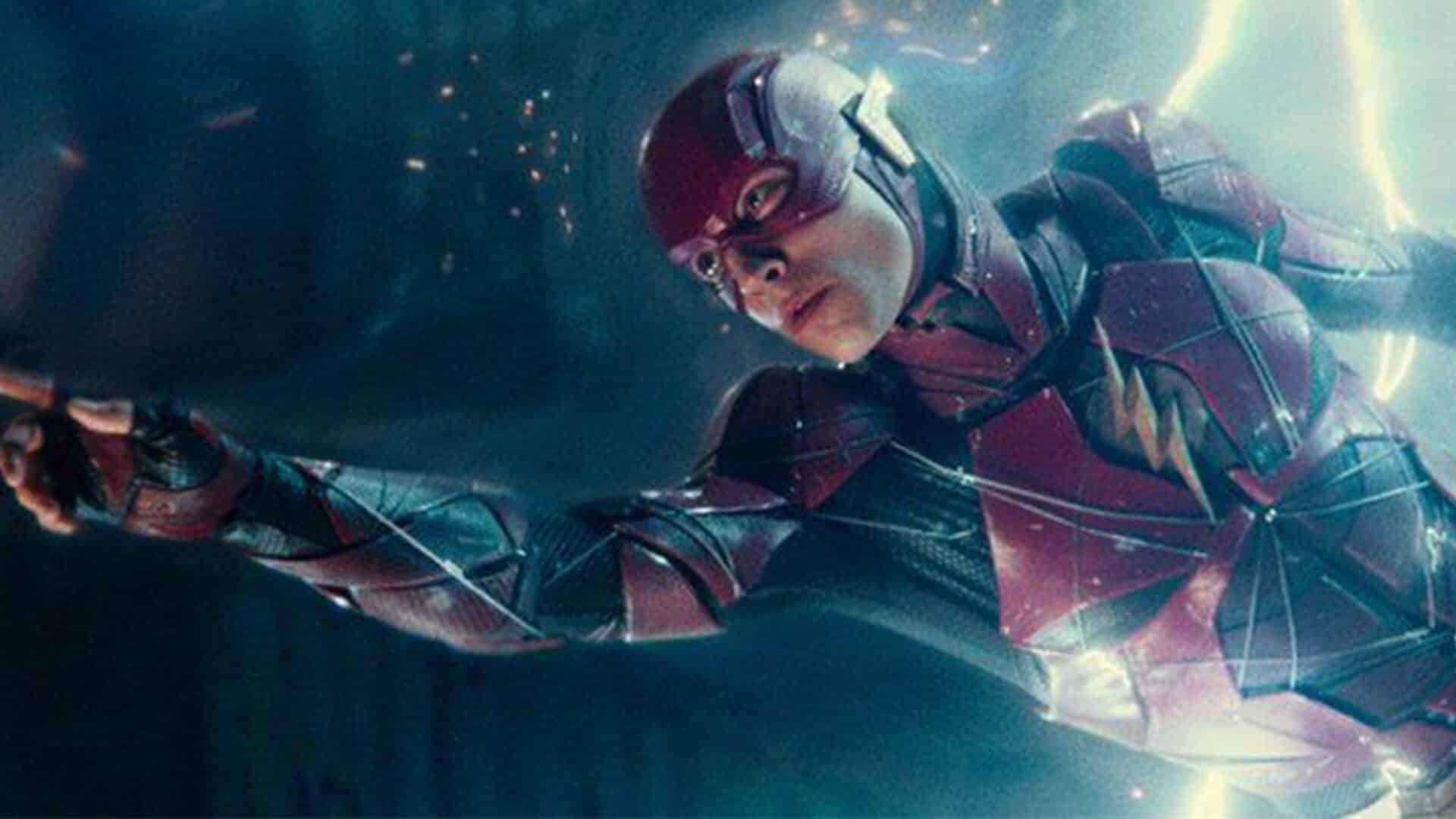 It is obvious to anyone paying attention that the future of the DCEU lies in the Flashpoint storyline that offers DC the chance to do a soft-reboot on the entire franchise. Granted, that reboot will be softer than predicted thanks to the aforementioned returns of Affleck and Cavill, but it’s pretty clear some sort of shakeup is coming in The Flash.

This film is genuinely critical to all future movies DC makes, as it will not only give the DCEU a new path forward but also establish the DC multiverse that incorporates projects like Joker, The Batman, The CW’s Arrowverse, the upcoming slate of HBO Max content, and even further-out-there shows like Doom Patrol.

A multiverse really does give DC carte blanche to do whatever it wants, and that takes a lot of pressure off the DCEU. Because for whatever reason, especially when it comes to comics, people crave continuity. It’s silly, but deep down, it annoys a good chunk of the viewing population that Joker isn’t somehow tied into Justice League.

Of course, these films don’t actually need to be connected in any way. Humans are just weird like that. Regardless, a DC multiverse fulfills that need in our heads for a connected universe. It also reduces confusion among audiences, who will more readily accept a multiverse explanation than the exhaustion of googling the possible connections to a plethora of other films and wondering why Batman has 50 different faces.

In a rare move, DC has even beaten Marvel to the punch. The MCU is clearly working towards a multiverse as the title of the next Doctor Strange film, Doctor Strange in the Multiverse of Madness, indicates, not to mention the time jumping in Endgame and whatever the hell WandaVision is going to be. It’s a necessary move for the studio, as Marvel will be able to recast and branch out its work from the concluded Infinity Saga while continuing on with its more popular characters already established.

DC is going to do it first, however, and if it continues pumping out both quality DCEU films and more challenging endeavors as well, it may possibly do it better. By finally doing something before Marvel — even if it’s because its cinematic universe imploded — it could end up delivering a more robust and interesting slate of films.

So the plan might just be to do whatever DC wants now because the multiverse allows them to, but is that really all that bad? Through its decision and ability to bring back DCEU actors and press forward with movies featuring them, it has become increasingly clear that DC now understands where it is taking its cinematic universe. It’s building off what it had in order to launch itself into what it wants to be.

That might be a whole bunch of loosely connected films or movies that have nothing to do with each other, but the plan accounts for that and opens up the floodgates to do some really interesting things. The future of the DCEU is looking better than it ever has, and that’s because DC has actually committed to something. That something doesn’t ditch the past, but it gives them a new way forward that looks a hell of a lot better than the dead end they were stuck at before.