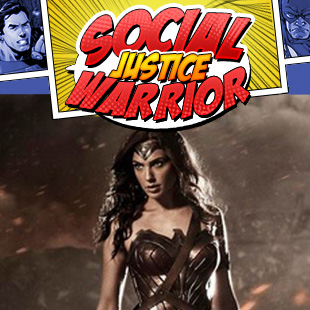 It’s the obvious way to give Marvel the finger. Isn’t that justification enough guys?

By now you all know that Warner Bros. and DC have decided to move Batman v. Superman: Dawn of Justice‘s release date to March of 2016, ceding May, 2016 to Captain America 3 and sparking endless variations of “DC is afraid of Marvel!” all over the Internet. And it’s easy to see this as a sign of weakness. After the massive success of Guardians of the Galaxy, Marvel looks like an unstoppable juggernaut, while Warner Bros. and DC Entertainment are desperately shouting “ME TOO, ME TOO!” behind them in the distance. In fact, shouldn’t DC just give up and cancel its entire slate of comic book movies? Obviously the answer is yes.

I’m kidding. It’s not as bad as all that. Moviebob breaks it all down cogently here, but my own half-assed summary: it’s a smart business move. After all, having two blockbusters competing for the same dollars is incredibly stupid. Further, and more importantly, WB and DC have a LOT of catching up to do if they expect to compete with Marvel and Disney. The plans for a DC Cinematic Universe absolutely hinge on Batman v. Superman: Dawn of Justice being a hit. Which means WB/DC can’t afford to risk even one “Captain America defeats Batman and Superman” headline coinciding with BVS:DOJ‘s release. So move it they did, even if it means risking those headlines now.

But DC has ambitious plans for its cinematic universe, and unfortunately it’s too early to be excited for any of it, since so far it’s mostly “Untitled Film”s until 2020. Add to this the fact that Marvel will have dropped a total of 6 MCU films between the releases of Man of Steel and BVS:DOJ, and everything feeds into the narrative of DC as Goofus to Marvel’s Gallant. Hell, it’s bad enough already that every time an official image from BVS:DOJ is released, it ends up being turned into a meme before people finish their morning coffee.

Clearly, unless DC wants to spend the next two years dealing with that, the DC Cinematic Universe needs to be un-punchlined as soon as possible. Fortunately, there is one way DC could, right now, do just that, get a mountain of positive press, and make Marvel look kind of unimaginative and dickish at the same time. And it’s summed up by this played out joke: 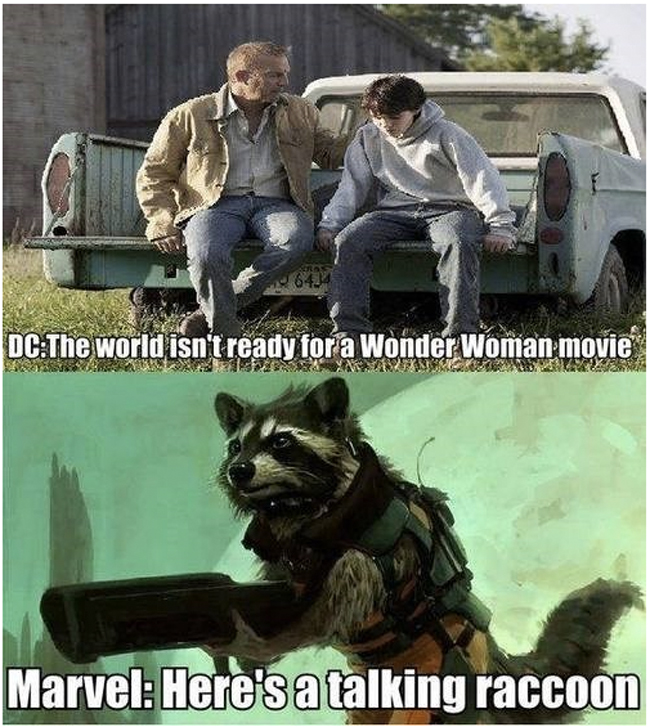 Like I said, the joke is old but it still has a punch. That’s because DC has been weirdly noncommittal about making a Wonder Woman movie because I dunno reasons, and it seems to be taking forever just to get one DCCU sequel off the ground. Add to this the recent reveal of Wonder Woman’s Xena meets bondage costume*. What a bunch of mansplaining, unimaginative losers who can’t even conceive of how a female superhero movie could work, especially that tool Zach Snyder, amirite?

Except Marvel has the same exact problem.

* I don’t think it’s terrible, or at least, I don’t think the terrible things about it are innovatively terrible. It looks hilariously Xena-esque, and I definitely approve of that even if it’s annoying that people pretend Wonder Woman has always looked like Xena. But the washed out colors means that Wonder Woman completes the trifecta of making DC Superheroes look like they’re standing in the rain blasting Peter Gabriel’s “In Your Eyes”. On the bright side, it lightly suggests Greek Mythology, kind of, even if it is kind of stupidly stripperiffic. 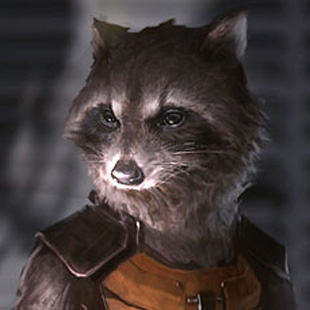 No, actually, Marvel has the same problem, only far worse. Last week we learned that despite being the film’s deuteragonist, Gamora has been almost entirely omitted from Guardians of the Galaxy merchandising, just like Leia in Star Wars merchandising a few months ago. This despite the fact that female moviegoers made up 47% of Guardians‘ opening weekend audience. That’s bad enough, but then Marvel Studios bigwig Kevin Feige went and said the following when asked whether or not Marvel is planning a female-led film:

I hope we do it sooner rather than later. But we find ourselves in the very strange position of managing more franchises than most people have – which is a very, very good thing and we don’t take for granted, but is a challenging thing.

I don’t think I need to tell you how full of shit this sounds*. First, make no mistake, what Feige inadvertently revealed in that quote is that right now, Marvel doesn’t even have a female-led superhero film in anything resembling development. Worse, however, is that the company currently taking a well-deserved victory lap over the success of Guardians – hell, the company currently being heralded as the new Pixar for chrissakes – considers a superhero movie with a female lead to be a little too challenging given the company’s current schedule. So which studio is showing the severe lack of imagination now?

Obviously, I think a female-led superhero movie, one lavished with the same care, attention, and budget that the male centric films get, would be an objective good. But screw the politics for a second and consider this: Whichever studio gets to announce it is producing a big budget blockbuster superhero film featuring a female character in the lead will win a tremendous PR victory, and some rather long-lasting goodwill. So why not go for it? DC should announce Wonder Woman, and announce that it’ll be the first film to follow Batman v. Superman. Kablammo.

Instantly, WB/DC would go from the timid, wannabe studio behind sad Batman and Superman in the rain, to the studio actually willing to take a real risk. I mean, let’s face it, talking animals have a long, successful history in film going back to the 1920s. Action films, and especially superhero films, with female leads most definitely do NOT have a similar proven record, at least not as far as the studios are concerned. Even with the success of films like The Hunger Games, Lucy, and Malificent, Studios are still ridiculously unwilling to throw any real support behind movies with female leads. By announcing that a Wonder Woman film is in production, WB/DC would send a huge shot across Marvel’s bow and trick everyone in thinking they’re trying to change the way Hollywood works at the same time. 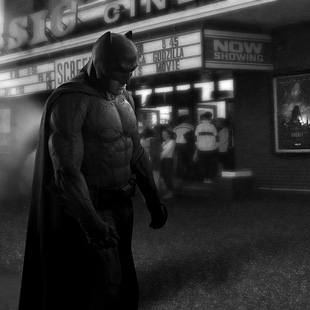 Oh, and there’s also the fact that after Batman and Superman, Wonder Woman is the most recognizable hero DC has. And unlike Aquaman or Shazam (rumors so far keep suggesting both of those characters will get movies first) Wonder Woman is already being established as a significant part of the Batman v. Superman marketing push. She has a rich history, a rogues gallery of villains who could easily put to shame anything Marvel has yet put on film (with the exception of Loki of course), and frankly, doesn’t “sword-wielding ancient Greek magical ass-kicking goddess” kind of sell itself? With all that in mind, surely prioritizing her film above characters who in the popular imagination are basically jokes makes a hell of a lot of financial as well as worldbuilding sense.

(Quick aside – I am not an Aquaman hater, and I like Jason Momoa for the role. But let’s not pretend that he isn’t to this day constantly mocked for being useless and campy. It seems to me DC will have to work harder to sell him than it will to sell Wonder Woman.)

It isn’t like we all don’t know Wonder Woman is in the plan anyway, right? WB/DC have their Wonder Woman cast. They have her costume picked out. Hell, Time Warner owns HBO and thus Warner Bros. has access, presumably, to myriad sets from other productions. (Cough, Game of Thrones sets could easily pass for classical Europe**.) Surely there’s already a script being toyed around with. Given how slapdash the whole Batman v. Superman production feels, it’s not a huge leap to imagine the studio putting Wonder Woman in production at the same time.

So DC, if you’re listening, ignore the politics if that makes you feel weird. And ignore the financial cost of marketing Wonder Woman, though bear in mind it will be less than Shazam and Aquaman. Think instead about your ego. Think about how sweet it would feel to suddenly have Marvel looking like the staid, out of touch schlubs who can’t think outside the box. As for the thrill those of us who give a damn about greater representation in popular culture will get? That’s just a bonus.