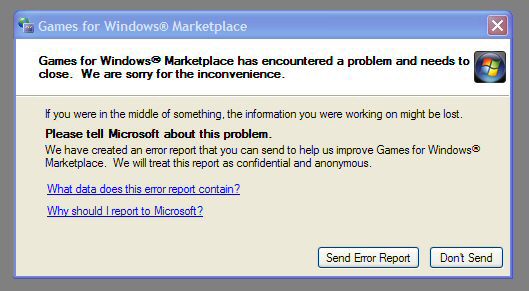 One of the big events at E3 last week was the PC Gaming Show, and I was thrilled to see you guys turn up and talk about your plans. On the other hand, your segment was full of vague talk and the repetition of promises you’ve broken in the past.

There have been a lot of problems in PC Gaming over the past decade or so. We’ve endured terrible ports, horrendous DRM, and a dwindling number of AAA titles. But by far the very worst thing to happen to PC gaming was your own Games for Windows LIVE. That’s not hyperbole. Aside from flagrantly criminal stuff like malware, your platform was the single most frustrating and destructive force for people trying to play games on the PC. Worse than Uplay. Worse than Starforce. Worse than the various systems of phone-home DRM. In fact, GFWL has the problems of all those things combined, only moreso.

Games for Windows LIVE was a comprehensive failure of an entire system from start to finish. Every single aspect of the software was a horrible, broken, useless, aggravating mess. It was broken in multiple places, on both a technology and a policy level. (See that first link to see just how many inter-connected systems managed to fail while performing the most bare-bones task.) And let’s be clear that you never did fix it. There are still games out there right now with this execrable digital misery attached to it. (Including Fallout 3. That one really stings.) You never made that right, and now you’re telling us we should trust that you’re serious about gaming on the PC?

(Before I go any further, I need to make it clear that all of this frustration is directed at the company itself and none of it is aimed at Microsoft representative Phil Spencer, who spoke for Microsoft at the show. This isn’t personal and I certainly don’t have any ill will towards Spencer or any other single individual at Microsoft. And to be totally honest: It would indeed be great if Microsoft was serious this time around.)

During the show Spencer said, “There have been times in our past where Microsoft has maybe lost our way with PC gaming.”

Saying you “lost your way” on the PC is like a guy who just chopped up his wife with an ax saying, “I wasn’t a good enough listener.” That’s not an apology. And even if it was, you’re apologizing for a crime far less serious than the one you perpetrated. Asking us to trust you is pretty outrageous when you haven’t even made it clear you understand your mistakes. 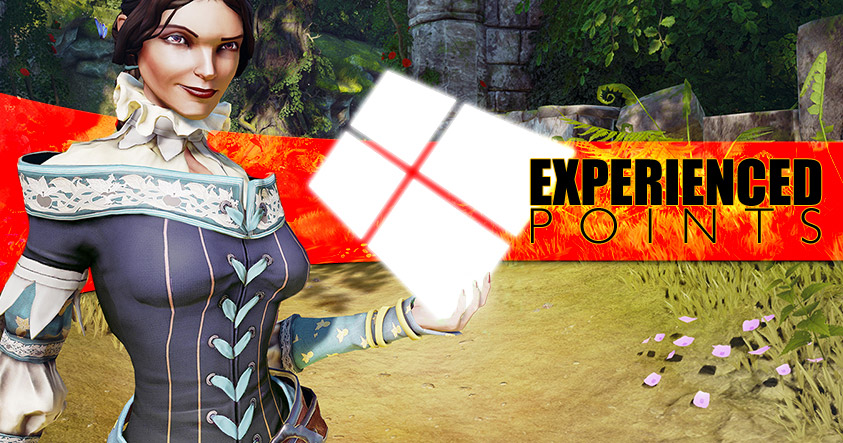 But fine. You claim you really care about PC gaming this time, for real. Assuming that’s true, here are three things you can do to show that you get it:

1. Make Windows 10 smart enough to understand the concept of a “Fullscreen Game”.

So I’m all set to play a video game. On my second monitor I’ve got a bunch of stuff I want to be able to see while I’m running the game. Maybe it’s a game guide, or a Skype session with a friend, or a chat window. So then I launch the game, and Windows scrambles all those windows. They end up shoved off the edge of the monitor, sorted in the wrong order, tucked underneath something that was on the main monitor a second ago, or pointlessly resized and re-arranged.

Or I’m in the middle of playing a game and for no reason Windows yanks me out of it for a popup asking, “Do you want to disable visual themes for this program?” I won’t even get into why this is a horrible way to address performance concerns, or the fact that it it’s prone to false positives. Even if this feature worked right, it would still be a terrible idea. (Yes readers, I know it can be disabled once you know where to look.)

And then there’s the problem where hitting the Windows key while playing a game will yank them back to the desktop, when it’s very unlikely that’s the desired or expected behavior. Yes, this can be disabled, but having an obscure way to disable a bad feature isn’t the goal. If Windows is going to be a place designed for games, then it should have sensible and intuitive default behaviors.

And then there’s Windows Firewall, which pops up behind a game and asks me if it’s okay if this program can use the internet. I like that this one doesn’t yank me out of the game, although having it pop up behind the game makes it sort of useless. By the time I see the question, I’m done playing.

The list of problems goes on, but the point is that they’re all just symptoms of the larger issue that Windows does not understand how to behave when the user is running a game, and it needs to have some kind of coherent, predictable fallbacks for when it’s inappropriate to use popups on the main monitor. That’s a pretty basic thing when it comes to making your operating system “gaming friendly”.

So I’m installing a game through GoG or Steam. I’ve got a progress bar. I can see how much bandwidth I’m using, how long the download will take, and how large the game is overall. I can pause the download if it’s interfering with someone else’s streaming. I can throttle or cap my net usage and I can plan to do other things while the game is downloading.

I come back at the appointed time. The download is done. I pick up the controller and hit “Play”.

How big is this download? How long will this take? How much bandwidth is it using? Why can’t I pause it? Why is there no progress bar? It hasn’t done anything in a while – is it crashed?

The problem here is that when someone makes a game for Windows using Visual Studio, you don’t allow the developer to pack in all the Microsoft libraries the end user will need. They can’t just stick the required VC and DirectX libs in with the game or put it on the disk. You insist the end user connect to Microsoft’s crappy servers and dribble all these packages to us at install time.

I’ve never read a good explanation for this, although I’ve always suspected this is some kind of softball DRM. I’m guessing if I wasn’t running a genuine licensed copy of Windows, the Windows servers would refuse to give the files? But I have no idea.

Like all DRM (assuming this is DRM) this seems to punish the people who pay for software far more than those who don’t. In any case, these shenanigans will make it that much harder for legacy titles to survive. This is like the old Windows DLL Hell for the modern era. I think the first step in proving you want the PC to be a great gaming platform is to stop making things such a needless pain in the ass.

It’s far too late for you to fix this horrendous mess, but you can stop making things worse. Give developers the freedom to distribute everything that the consumer will need to run the game, and future games will be smoother to distribute and install.

GFWL exists, and there’s nothing anyone can do about it now. But does it really need to continue to torment PC gamers? That hurts both your bottom line, your reputation, and the viability of the PC as a place to play games. You can’t remove GFWL from released games (the developers have to do that themselves by putting out a patch) but you can stop it from causing quite so many headaches.

Just make one last version of GFWL that doesn’t prompt the user to log in. If the user wants to hit the HOME button and log in, they can, but by default GFWL will stay hidden instead of jumping up when people are trying to play, stream, record game footage, or just enjoy the opening cutscene. It can default to putting save files somewhere sensible under the /Documents folder of the current Windows login. This will fix a vast majority of the problems with using GFWL, and will give you a “safe” way to pull the plug once you get sick of paying for all those GFWL servers.

That can’t fix the problems with multiplayer, but it will prevent GFWL problems from killing those old single player games.

4. The best support you can give is to stay out of the way.

Note how almost everything on this list involves removing stuff you’ve done in the past. I know you’re a company of engineers, and I know you’ll be able to appreciate the significance of that. As a gamer, it’s actually kind of ominous to hear you’re taking an interest in the platform again. I’m just hoping your help does less damage this time around.