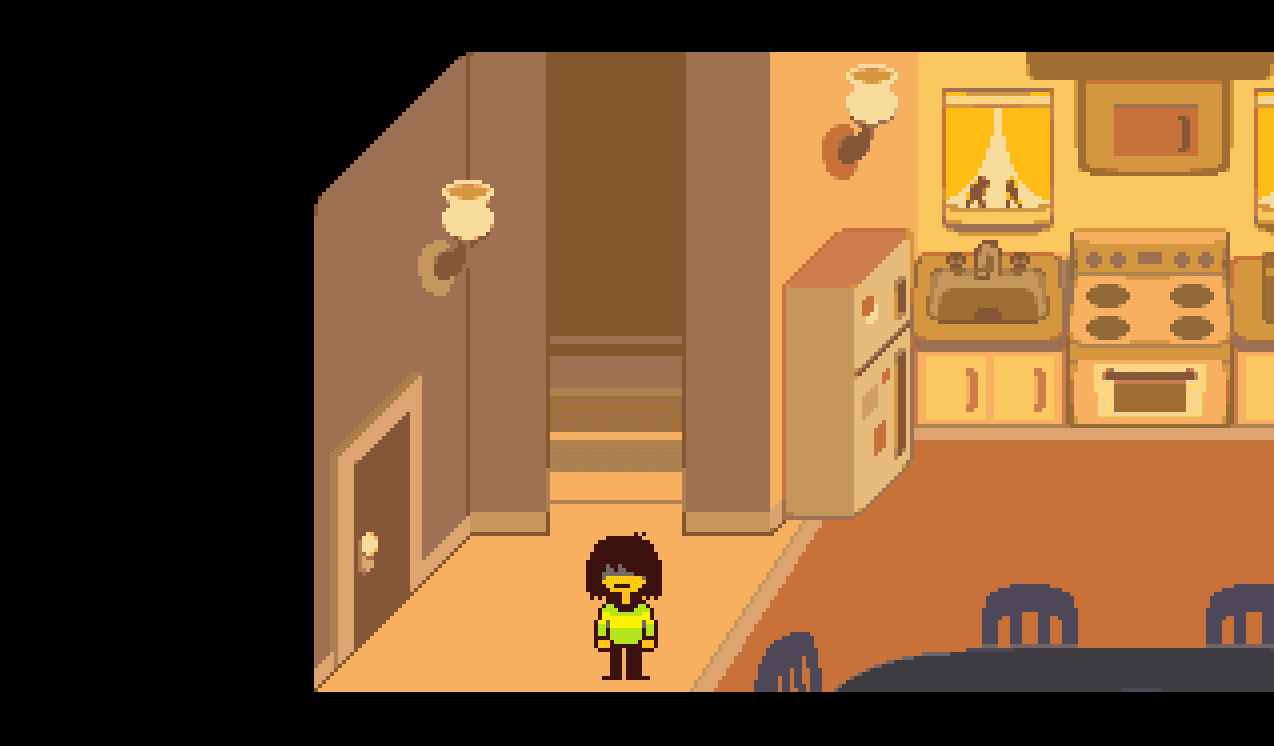 Toby Fox, the creator of Undertale, has returned. Following a series of teases on Twitter and updated dialogue in the Switch version of his signature game, the reclusive developer released Deltarune for PC and Mac. It is the first chapter in a sequel to the 2015 RPG that rode word of mouth to being one of the most celebrated games of the decade. Maybe. Or it’s more of a spiritual successor. Or a retelling of the same story? It’s hard to tell. Like Undertale before it, Deltarune is both a cipher and a fascinatingly spare genre exercise.

Fox has an unusual gift for creating artifacts in the truest sense of the word; they’re games, but they feel dense with unknown history. Undertale is so unassuming and strange, even after you’ve played it for the first time, that it can leave even the most cynical and self-aware player dumbstruck. Its success comes from the fact that its beguiling, mysterious aura is baked into the actual mechanics and writing of the game. The player is given very little information at the outset and while there’s no choice but to move forward through the game’s world, it never fully empowers you until you’ve unlocked all of its secrets. The game itself will behave strangely, resetting itself or forcing you to delete files to unlock more story paths. Everything about Undertale, from its ripping soundtrack to the art that veers between old-style Japanese role-playing game and creepy notebook doodles , elicits maximum intrigue. That intrigue is just enhanced by Fox’s reticence to talk about his work, which he mostly does with only a small group of collaborators.

Creating art that’s intentionally mysterious is not something easily done on purpose. Many cultishly adored games like Silent Hill 2 are alluringly subtle but not necessarily enigmatic. It’s the story in that game that’s cryptic, not necessarily the game itself. Getting people to play your game at all requires them to know about it ahead of time. Undertale thrived in large part because of its obscurity, though. And based on just a few minutes with Deltarune, it seems that that obscurity is an intentional aspect of Fox’s creative process.

On the day it was released, the Deltarune website had a simple message on it: “FOR PUBLIC SAFETY, YOU ARE ADVISED TO REFRAIN FROM DISCUSSION OF THE PROGRAM FOR 24 HOURS,” read the note. “YOU ACCEPT EVERYTHING THAT WILL HAPPEN FROM NOW ON.”

Even after that period passed, though, the message that remains is just as provocative: “* There may be moving or flashing imagery. * Windows Users may have to get past SmartScreen to use the program. * This is intended for people who have completed UNDERTALE.”

Even after playing Deltarune, I’m not sure I understand what it is or where it’s going. I don’t want to spoil what waits inside the game. What I will say is that it’s opening is written in a way to subvert your expectations with a profound lack of subtlety. Rather than feeling cheap and gimmicky, it feels like Fox making a declaration. This is not Undertale, but it’s still Undertale. It will be weird and beautiful. Don’t think about it too much. Think about it later.