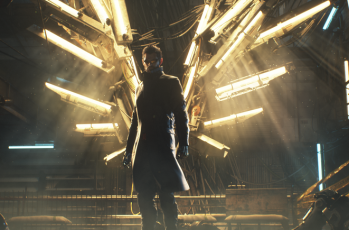 Deus Ex: Human Revolution was a pretty great game hey? Well, except for those annoying boss fights that forced players who were going down the stealth or pacifist paths into God of War-style arena battles. Thankfully, this is one piece of fan feedback developer Eidos Montreal listened to very carefully, and has told Official Xbox Magazine that in it’s upcoming Human Revolution sequel, Mankind Divided, there will be a lot more tools to deal with bosses.

“It’s all about supporting all the different play aspects,” stated gameplay director Patrick Fortier. “That was the main thing that was missing from the boss fights. Thematically, I think they were interesting, but certain players found a challenge there that wasn’t really catered to them.”

As for Mankind Divided‘s bosses, Fortier explains that “There are ways to stealth them, there are ways to beat them in combat and there are conversations you can have that maybe give you a different means of dealing with the situation altogether.”

“You can also decide to do it lethally or not,” adds narrative director Mary DeMarle. “For Human Revolution, because of the way we designed it, [the bosses] always died in the cutscenes. You had no choice. But we rectified that in the Missing Link DLC, and we’ve rectified it in this game.”

Good to see that they have addressed the single piece of most consistent criticism for the game.

World of Tanks Available Now on Xbox One