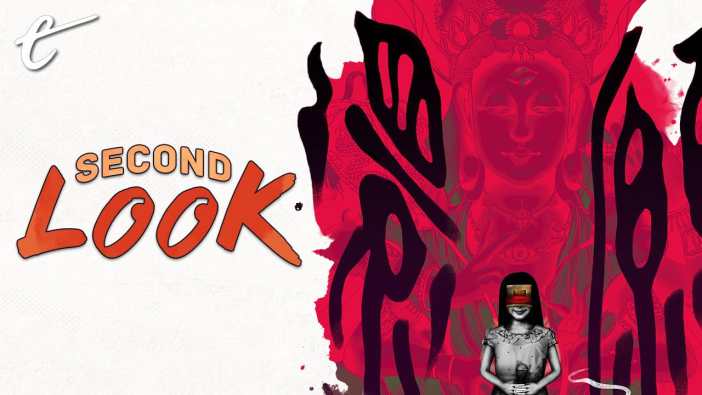 I’ve been waiting to play Taiwanese horror game Devotion for two years now. It’s been delisted, relisted, and hounded by China for all that time. Now that it’s finally available again by legal means, I figured it’s worth finding out if it was worth all the fuss. So, is Devotion an unsung horror gem buried under political censorship, or was this all for an average walking sim-style horror game?

Yes! Also, unfortunately, yes. It’s not that Devotion is ever bad, but Red Candle Games’ latest is a wildly uneven journey through a family coming apart at the seams despite the best of intentions. The storytelling and scares alike have clear ups and downs across the two-to-three hour runtime. Despite centering on a family of three, we only truly get a glimpse of their world through the eyes of the father Feng Yu and daughter Mei Shin, with the mother Li Fang left merely to react from the sidelines as their apartment home deteriorates.

Feng Yu is a successful movie script writer, while Li Fang is the socialite starlet wife of his dreams. They seem like the perfect couple, but then Li Fang steps back from the limelight to take care of their newborn daughter while Feng Yu takes on the majority of the financial responsibilities. High hopes of future stardom are thrust upon little Mei Shin, yet their child is stricken with an inexplicable illness. The doctors claim she’s fit and healthy, but she struggles to breathe, especially whenever her parents are fighting. Odds are good you can connect the dots, but unfortunately for Mei Shin, her father turns to a cult rather than the sort of medical help that will actually aid her. 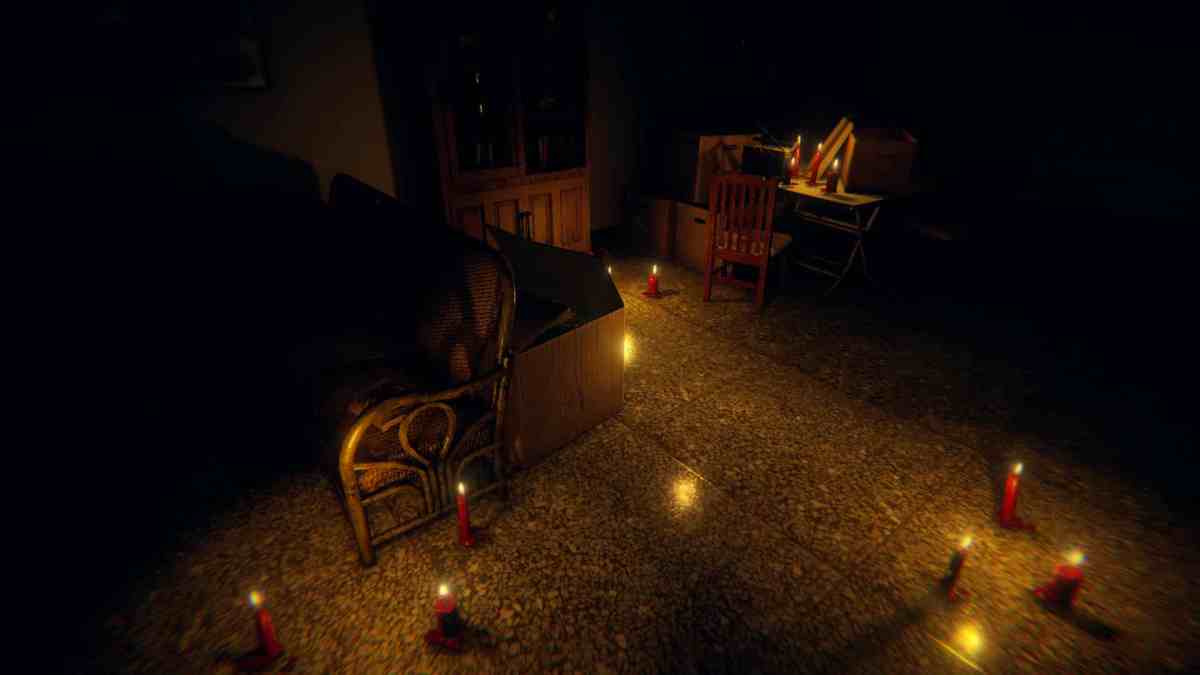 Despite Devotion originally launching in 2019, it’s not hard to note the parallels one can draw between Devotion and quarantine life at this moment. Being trapped inside an impossibly small living space. Family members growing sick and being unable to help them. Tensions rising, the walls practically squeezing in on you. The terrors that await should you step outside.

It’s fitting then that you primarily experience the decay through the loose interpretations of Feng Yu’s memories of the apartment. He tries to piece apart how he got to this point, which is vaguely implied to either be recollections right before the final act or is its own sort of purgatory.  Though he rarely speaks, Feng Yu’s presence is felt everywhere as the rest of the cast respond as if he’s spoken, filling in the gaps. In the brief moments where you experience Feng Yu through Mei Shin’s eyes, it paints a troubling picture of a man slowly but steadily losing his senses as life doesn’t turn out as he planned.

The unique, worrisome bond between father and daughter is the heart of Devotion. Feng Yu is devoted to keeping his family successful and getting his daughter healthy. Mei Shin is devoted to meeting her family’s expectations and becoming like her mother. The only person with a less dogmatic view on life is Li Fang, and as such, she is portrayed as everything from a loving wife to a horrific monster by Feng Yu’s memories. 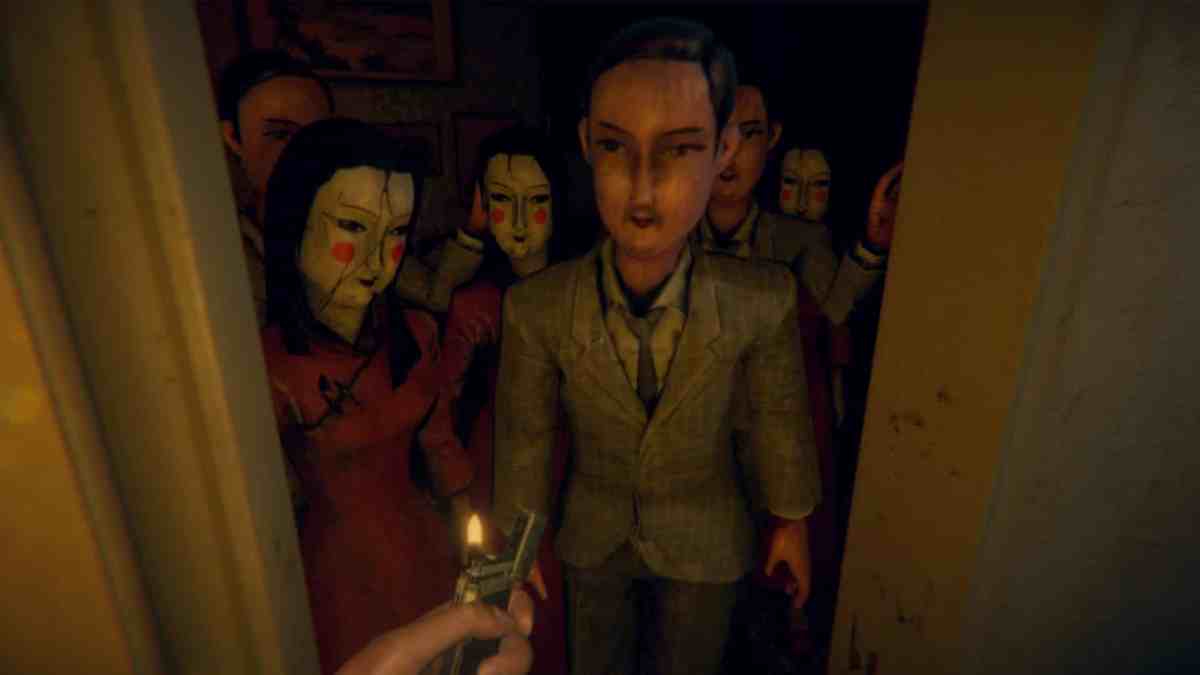 It’s not hard to see the trajectory their marriage is headed as things get bumpy, but it’s refreshing to see a story where the victim of an unhealthy marriage stands up for herself. However, what’s unfortunately left far more ambiguous is her relationship with her daughter, though this is likely due to Feng Yu’s internal bias. In his mind, his wife was obsessed with getting back into acting and singing, whereas in reality she lost hope of reaching the man she once loved long ago.

The problem here is that the story then takes a wild turn into what can either be interpreted as genuine supernatural horror or Feng Yu growing so delusional that the narrative is too unreliable to follow. Where previous sections were deeply unsettling because you could connect the dots in dismay, the later sections opt for low-brow scare tactics I’d expect from something basic like Outlast. Given how clever the rest of the game knits itself together, the concluding 30 minutes feel as if they were drawn from a different game, going so far as to swap out whole mechanics.

This last-minute heel turn is a shame. As “walking sim” games go, Devotion has far more for the player to do than just run away from something spooky. Early on, Red Candle makes artful use of puppets and line-of-sight tricks to capture an oppressive atmosphere of guilt that permeates the air. Devotion weaves static assets and impressive sound effects to make you hesitate at doing something as simple as completing an adventure game item puzzle. Despite initially coming across as a cost-saving measure on animations, you quickly realize the choices made are intentional, leading to some of the best scares and allegorical moments. 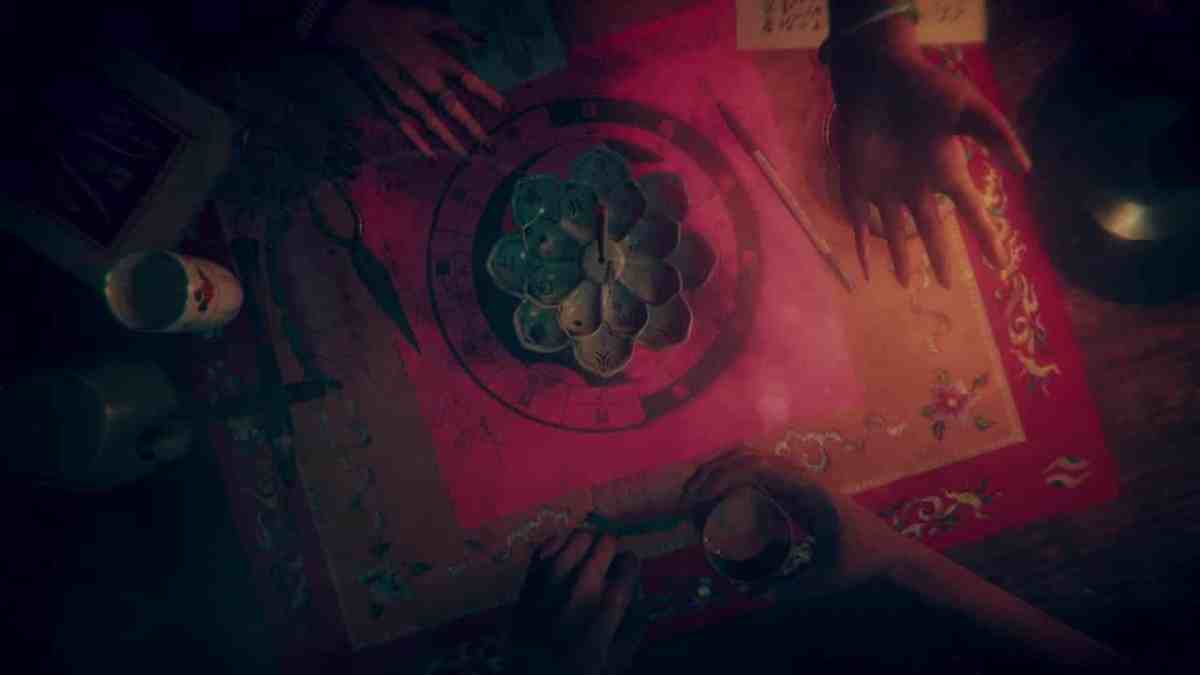 The best sections are bolstered by unique diversions into other styles of gameplay. There’s a live puppet show and a children’s storybook that are likely to tug at your heartstrings while leaving you dreading where Devotion is headed next. The key difference between these moments and the finale is that they’re mechanically integrated. By contrast, the finale is divorced from the family horror show you signed up for. Unless you dig into all the details, it’s possible to not even fully understand what is happening with the cult that Feng Yu ends up relying on to “cure” his daughter.

That is a key thing to bear in mind if you’re deciding whether to pick up Devotion — you will need to poke and prod everywhere to find all the shreds of story that explain what’s happening. For some reason there are also quick-time events, which you wouldn’t typically expect from an adventure game, but they’ll appear and are oddly bound to the spacebar on your keyboard. By the time they arose, I took each in stride, but it’s not even like they’re all associated with moments of struggle — the function of one of them in particular could have been better conveyed through a cutscene. None of this gets in the way of the experience, yet it further echoes Devotion’s struggles

The result leaves me uncertain how to feel about Devotion. I definitely enjoyed most of it — it’s one of the most refreshing games in this vein I’ve played in a while. The visuals and sound design are superb. The overall polish is top-notch. However, the closing sections of Devotion just take some odd left turns and never come together like they should. For such a messy family drama, perhaps that’s fitting, but it will leave some frustrated by the time they’re done. Unintentionally timely and genuinely clever, Devotion is absolutely worth considering, but the game itself is not quite as notable as the level of controversy surrounding its existence.