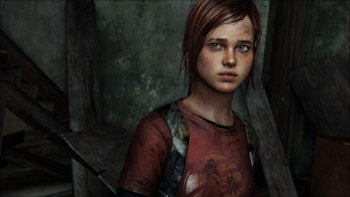 Naughty Dog refused to let The Last of Us be focus tested on only male players.

With the role of women in videogames coming under increasing scrutiny in recent years, it is more important now than ever before for developers to reexamine the perceived audience of their games. But while there are encouraging signs that the tide is beginning to turn – a strong-willed, sensibly rendered version of Lara Croft in the Tomb Raider reboot, for example – there are other aspects to game development that are less visible, and thus remain stuck in the past. As we learned from an interview with Naughty Dog’s Neil Druckmann – which we’ll be publishing more of shortly – the idea of focus testing remains firmly rooted in a “girls don’t play videogames” mindset.

According to Druckmann, when the unnamed research firm that was handling the focus groups for The Last of Us began their work, the idea of polling female gamers was nowhere on the table. “Another aspect that influences how a game is promoted is focus-testing. Players are rounded up and are asked to view materials and answer some quantitative and qualitative questions about it,” he explains. “My big surprise during this process is that the research group wasn’t planning on focus-testing female gamers – it’s something we had to specifically request. I hope this is a relic of the past that will soon go away.”

Yes, you read that correctly. The research firm that was gathering opinions of a game about a man, Joel, and a teenage girl, Ellie, wasn’t planning on seeing how actual living, breathing female gamers felt.

With this type of bias in place, it should come as no surprise that the marketing firm eventually decided that Ellie should be moved to the back of the box art. However, thanks to Naughty Dog, that advice fell on deaf ears and the company refused to put Ellie anywhere other than on the front where she belongs.

Kudos to Naughty Dog for standing strong for gamer equality, and refusing to let antiquated systems determine what is best for a game that is clearly designed to be thrilling for everyone, regardless of their sex.