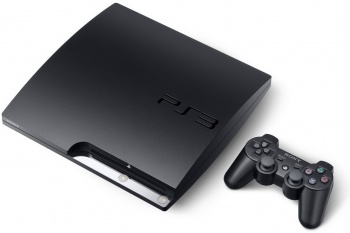 With the Xbox One and PlayStation 4 on the horizon, it’s very tempting to call our current generation of gaming hardware obsolete. We’ve been waiting seven years for new consoles, and now that they’re almost here, it just makes sense that one might want to stuff his or her old toys in the closet. That’d be a mistake though, as DICE CEO Patrick Söderlund believes that these machines will remain a viable focus of the industry for the foreseeable future.

CVG interviewed Söderlund and asked how he views the immediate future with regards to cross-generation games (ie, those titles that are released during what will be known as the Xbox One/PS4 era but are designed for the PlayStation 3 and Xbox 360).

“Ultimately, the volumes of hardware will dictate that,” Söderlund tells CVG. “So the consumers tell us when we can move on.”

“Right now, it’s always this way in the first wave where the majority of sales will still be on the old consoles – that’s just how it is, because there’s not enough installed base on the new machines yet.”

“Historically the first year out most titles have been cross-gen, then the second year there’s less and less, but in year three you’ll probably see everything apart from maybe one or two games in the industry on that end. So I think it will take about 18 to 24 months to get to full gen 4,” he adds.

Assuming Söderlund is correct – we have no reason to doubt the man as his role as DICE CEO means that he’s got the inside track at publisher and DICE parent corporation EA – that gives us until roughly the holiday season of 2015 to enjoy our extant consoles. Grand Theft Auto V, Assassin’s Creed IV and Gran Turismo 6 are all en route to current gaming hardware, so that should keep us entertained until the industry has fully shifted to the next generation.

The moral of this story? Don’t ditch your old consoles just yet. You’ll almost certainly regret it.