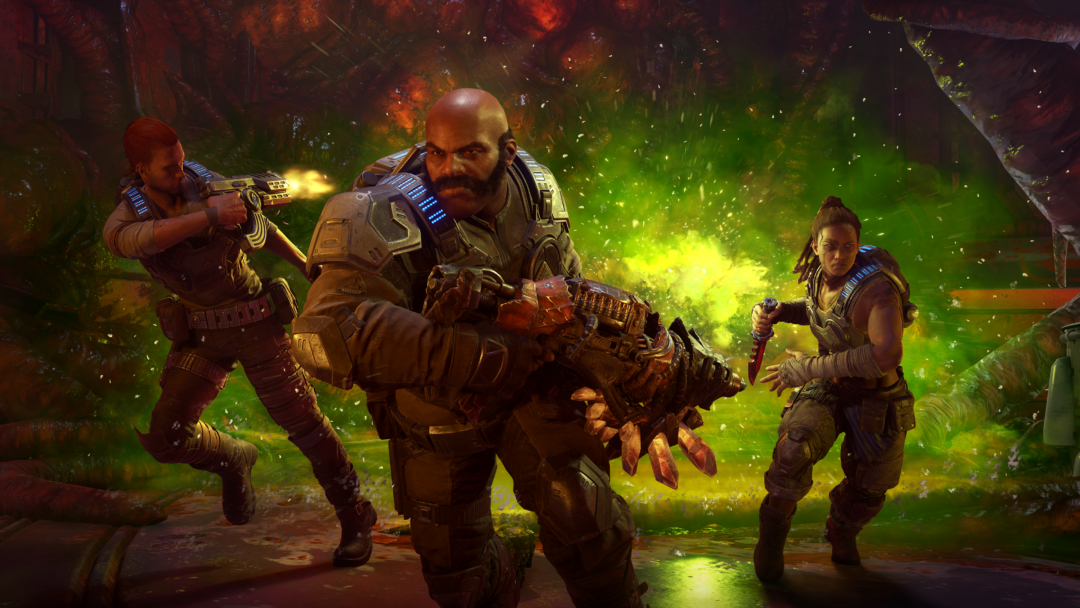 Escape is a cooperative mode that heavily contrasts with Gears of War’s beloved Horde game type. Where Horde has up to five players and focuses on defense and fortification, Escape finally allows players act as the aggressors. Microsoft describes the new offering as “an agressive, high stakes, three-player co-op mode featuring a suicide squad that must work together to take out enemy hives from within.”

Yahtzee Croshaw offered a blunter assessment after waiting an hour to try it. “OK, well that was hardly worth it,” Croshaw said from the show floor. “Played a round of the new Escape mode and it’s just Left 4 Dead. But in Gears of War. All there is to say, really.”

Refurbishing older multiplayer modes has worked wonders for the Gears of War franchise in the past. Even though Left 4 Dead-style split screen online play is hardly new, Horde was similarly old fashioned when it debuted in Gears of War 2 to great fanfare. Escape could be similarly successful.

Gears 5 is slated for a Sept. 10 release on Xbox One and PC, but can be played four days early via Xbox Game Pass. Preorder bonuses includes playable Terminator: Dark Fate T-1000 and Sarah Connor multiplayer skins.