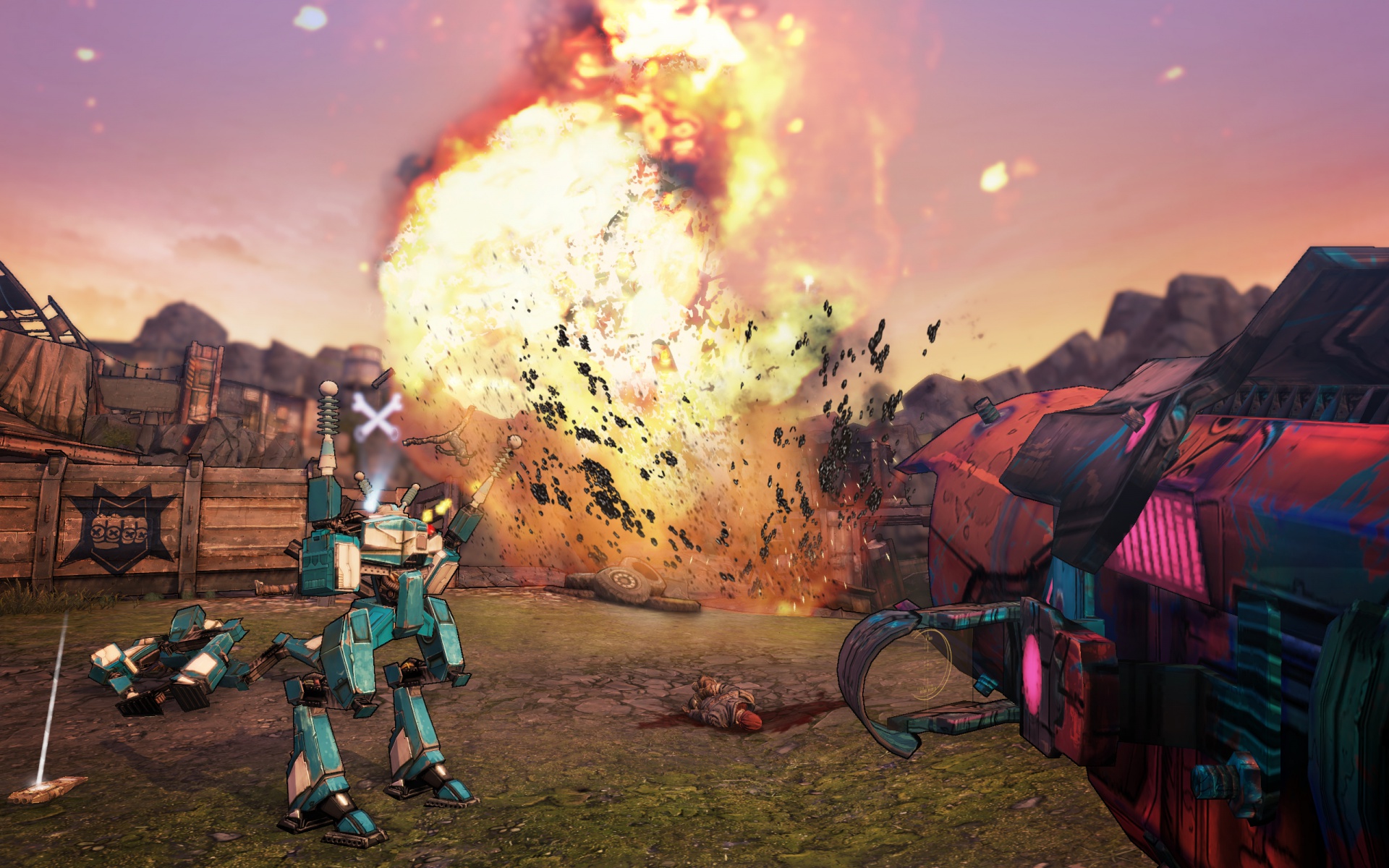 Borderlands 2 is one of those games without many surprises. You’re going to hook up with friends, kill some questionably related baddies, get loot, use the loot to kill harder baddies, and loot better loot to help you kill even stronger baddies. So it goes. Still, being completely aware of what you’re in for in no way detracts from the hectic, fast-paced shooter that is Borderlands 2, a cleaner, more stylish second outing that learned from its predecessor without sacrificing its merits.

I played a match entitled “Opportunity Zero” and, by complete coincidence, chose to play as person named Zero as well (a hologram-happy assassin with a nasty katana). I hopped in with my teammate (who played for literally thirty seconds before abandoning me to face the robotic hordes alone) and was immediately told by Clap Trap to get working on destroying four statues depicting some guy named Handsome Jack, who apparently has your phone number (he speaks to you from remote every minute or so).

After taking one shot at a statue, you discover that, of course, the statues are completely bullet-proof because, well, that’s how statues are made on Pandora. I guess. They aren’t, however, laser-proof (duh), so the mission quickly becomes “find a robot and protect it as it lasers various effigies of Jack, while Jack abuses your speakerphone with snarkicisms.”

Perhaps my frienemy ducking out of coop was a good thing, because it gave me an interesting vantage on the difficulty curve. While seemed to have no trouble surviving with nothing but a common sniper rifle and my wits in one-on-one fights, there was no physical way to halt the baddies’ assault on my laser-bot. There just weren’t enough of me. But that’s a good thing. It means that I needed my partner; a great feeling for a coop game.

Eventually, a 2K producer took pity on my lonely state me and helped me finish out the mission. While the whole thing felt exactly like the first Borderlands, the variety of weaponry and enemies severely jazzed up the experience. I can’t say it’s added anything revolutionary to the gameplay, but Borderlands 2 is true to its predecessor and its fans.