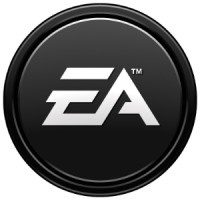 Electronic Arts has issued a statement in response to last night’s meeting of Take-Two shareholders, and they don’t appear to be taking the matter too gracefully.

The company announced it would extend its tender offer for all outstanding shares of common stock until May 16, a month past the original expiration date of April 18. But EA also reduced the price of its offer from $26.00 per share to $25.74, which it blamed on “additional shares to be issued to Zelnick Media following stockholder approval of the amendment to Take-Two’s incentive stock plan at its 2008 annual stockholders meeting.”

The decision to limit voting to shareholders of record as of February 19 was also poorly received by EA. According to Bloomberg, industry analyst Michael Pachter said more than half of Take-Two’s stock has been traded since then as a result of the EA acquisition attempt, which led EA representative Jeff Brown to complain that former stockholders who had sold their shares after February 19 would be eligible to vote while new investors who actually held stock in the company would not. “It’s like having Canada and Mexico vote in the American presidential election, but barring voters from the 50 states,” Brown said, adding that the vote “can hardly be considered a measure of shareholder confidence.”

Despite the ongoing battle between EA and Take-Two, each member of the Take-Two board of directors was re-elected with at least 77.3 percent of the vote and all the company’s proposals for the coming year, including the controversial new Incentive Stock Plan compensation package for management, were approved by shareholders.