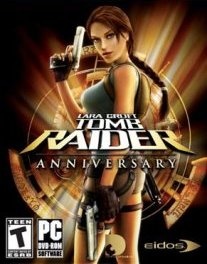 Shipping on November 13, the Wii version of the game will offer three hours of exclusive new content for the first appearance of the ubiquitous Ms. Croft on a next-generation console. The game will make full use of the Wii Remote and Nunchuk controllers, delivering hands-on action, an “active aim combat system” and more.

Eidos Executive Vice President Robert Lindsey said, “This marks two important developments in the gaming industry: The coming of age of a classic franchise and the first time gamers get to physically emulate the Tomb Raider icon. Tomb Raider: Anniversary for the Wii will be an essential key addition to game libraries this holiday season.”

First launched in 1996, the Tomb Raider franchise has gone on to become one of the most successful game franchises ever, collectively selling over 30 million units across numerous releases and platforms, as well as spawning two major film releases.

E For All Show Wrap-Up