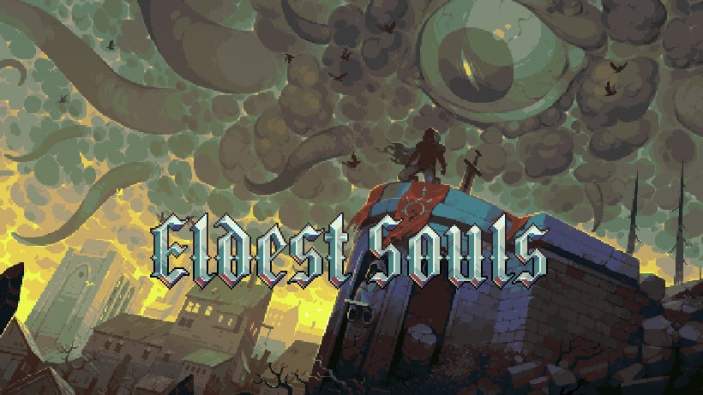 Pixelated boss rush game Eldest Souls will no longer be a timed console exclusive on Nintendo Switch. Fallen Flag Studio and United Label are shifting course a bit, announcing today that Eldest Souls will also launch in Q2 2021 on PlayStation 4, PlayStation 5, Xbox One, and Xbox Series X | S alongside Switch and PC.

Over the last year, we’ve been hard at work making Eldest Souls the best it can be. The response to the trailers and the demo during the Steam Game Festival lit a fire under us and we’re further excited by the chance to bring this experience to even more players. We can’t wait to see Nintendo, PlayStation, Xbox, and PC players challenge the Old Gods.

Set in an ancient, weathered citadel, Eldest Souls seems to pack in intense difficulty in every fight. Fallen Flag and United Label promise combat inspired by the Dark Souls series, but there are also different powers and abilities to take advantage of when confronting the game’s many treacherous bosses.

For a better look at Eldest Souls, you can watch its trailer from last September. Prior to that, it appeared in a Nintendo Indie World Showcase. Stay tuned for a more specific release date for Eldest Souls on its many homes that now include PlayStation and Xbox.