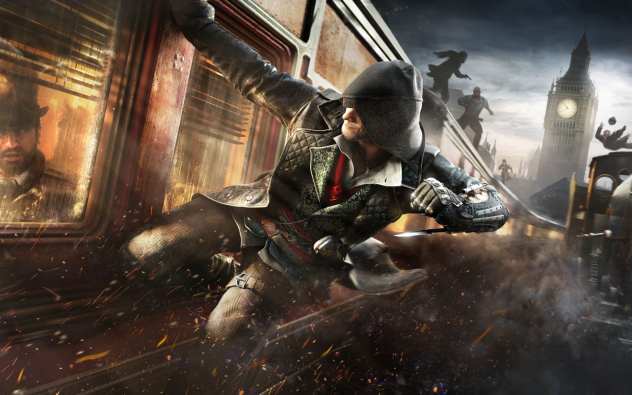 Happy Pikmin 3 Deluxe and The Mandalorian season 2 day! Today, Ubisoft announced a handful of its PlayStation 4 games (including Assassin’s Creed Syndicate) won’t be backwards compatible with PlayStation 5, Call of Duty: Black Ops Cold War will get Warzone integration later this year, and more. Here’s the video game news you might’ve missed on Oct. 30, 2020.

As part of an Activision earnings call yesterday, it was revealed that Call of Duty: Black Ops Cold War will get Warzone integration in December, alongside the game’s first season of content. You’ll be able to use Cold War content like loadouts and operators in Warzone, just like you could with 2019’s Modern Warfare. It’s still unclear how the gameplay of Warzone itself will change with Cold War or if it’ll change at all. We’ll find out more in the coming months.

The PS Now November 2020 lineup has been revealed, and it’s a solid list of games. Starting on Nov. 3, subscribers will gain access to the following titles:

Keep in mind that PS Now is PlayStation’s subscription service similar to Games with Gold — wherein you get access to a huge library of games for a monthly fee. These games will work on PlayStation 5 thanks to backwards compatibility.

Earlier this week, Bethesda’s Todd Howard took part in an interview with GamesIndustry.biz (as relayed be VGC), in which he described The Elder Scrolls VI being exclusive to Xbox as “hard to imagine.” Howard didn’t say anything else about it, but this hints that perhaps the next Elder Scrolls game will come to other platforms after all — eventually. This has been a huge topic of discussion since Microsoft purchased Zenimax (parent company of Bethesda) last month.

Overcooked! All You Can Eat Will Launch for Next-Gen Later This Year

Today, publisher Team17 announced the release date for Overcooked! All You Can Eat, the next-gen version of the acclaimed cooking party game. It will be available digitally on PlayStation 5 starting on Nov. 12 alongside the launch of the system, and it will be headed to Xbox Series X “later this year.” It’s unclear why the Xbox version will come later. All You Can Eat will include enhanced visuals, quality-of-life improvements, and all the content from Overcooked! and Overcooked! 2.

A new threat has invaded the Onion Kingdom!

Will our chefs survive? Can they make their way through a terrifying new kitchen adventure?

Find out in… THE PECKISH RISES!

Overcooked! All You Can Eat comes to #PS5 on November 12th

Numerous PS4 Ubisoft Games Will Not Be Backward Compatible on PS5

It seems the list of backwards compatible PlayStation 5 games has gotten slightly smaller, according to Ubisoft. Recently, the publisher detailed how cross-play, cross-progression, and backwards compatibility will work from PS4 to PS5, and it was revealed that nine of its games would not work on Sony’s next system — the majority of which are from the Assassin’s Creed series. The list is as follows:

Read More: All you need to know on Cross-Progression and Cross-Play with Ubisoft Connect