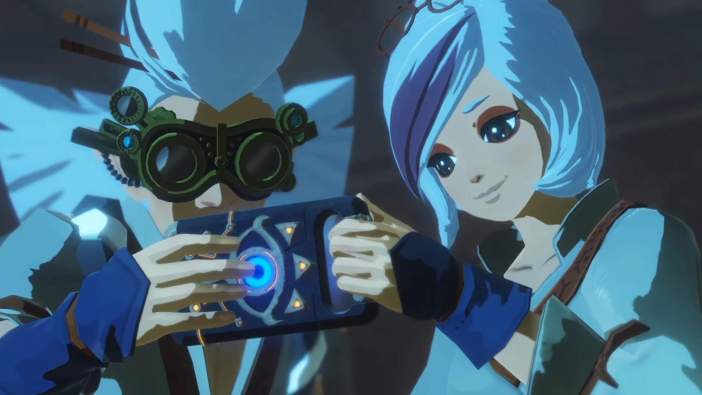 As we approach this holiday’s onslaught of video game releases, we’ll likely continue to have busy news days like today. Starting things off, Sony released a new PlayStation 5 teardown video, showing off the system’s internal pieces. We also got a huge Pikmin 3 Deluxe info dump thanks to a Nintendo Treehouse: Live event, new gameplay footage of Hyrule Warriors: Age of Calamity, and more. Here’s the video game news you might’ve missed on Oct. 7, 2020.

You probably didn’t play Pikmin 3 on the Wii U, but that’s okay because Nintendo is making it mighty enticing to give it a try when the Deluxe edition comes out on Nintendo Switch later this month. Today, Nintendo revealed a ton about Pikmin 3 Deluxe during a Treehouse: Live presentation, showing off the game’s new “Ultra-Spicy” difficulty mode, new story missions, a co-op mode, a head-to-head competitive mode, and a free demo that will be available to download from the Nintendo Switch eShop tonight. The progress you make in the demo will carry over to the full release, so there’s no reason to skip this one!

Rainbow Six Siege operator Tachanka has gotten a rework, and Ubisoft has finally spilled the beans on how the updated version of the character will play. As shown in a new video, Tachanka will now use the DP27 LMG as a primary, an incendiary grenade launcher called the Shumika, and the ability to revive while downed. Tachanka was previously often referred to as Siege‘s absolute worst operator, but thanks to the latest buffs, that seems to no longer be the case. The operator will undergo a test phase starting on Oct. 8.

PlayStation Trophy Levels Are Getting Reworked

PlayStation trophies will be getting an overhaul tonight, as announced via the PlayStation.Blog. The biggest change will come to the trophy leveling system, reworking the cap from 100 to 999. Trophies will also gain new values and will convert your current level accordingly. However, some fans aren’t too keen on this idea, as Platinum trophies are now worth more, leading users to rush out and finish “easy Platinum games” like My Name is Mayo more frequently and thus rendering the Platinum trophy “meaningless” according to some trophy hunters. The update will go live by tomorrow, Oct. 8.

Unsurprisingly, Nintendo and Universal have delayed the opening of Super Nintendo World in Japan to early 2021, due to the COVID-19 pandemic. It was originally supposed to open sometime this year to coincide with the 2020 Olympic Games in Tokyo but was postponed (along with the Olympics). To hold us over, Nintendo announced that a new Mario Café and Shop will be added to Universal Studios Japan’s Hollywood section, featuring Mario-themed foods and beverages. Super Nintendo World will also come to the West, planned to release in Universal’s Hollywood and Orlando locations sometime after the Japanese opening.

#SUPERNINTENDOWORLD featuring attractions based on iconic Nintendo games and characters is coming to Universal Studios Japan ( @USJ_Official ) in Early 2021! pic.twitter.com/HhTEStUGAq

25 More Minutes of Footage of Hyrule Warriors: Age of Calamity

Hyrule Warriors: Age of Calamity is shaping up to be so much more than just another Koei Tecmo Warriors game. As shown in today’s massive Treehouse: Live event, the upcoming action game will share a lot with Breath of the Wild, including its overworld map system. In addition, we got a look at Link, Zelda, Urbosa, and a young Impa, all of whom will be playable. The footage below highlights an awesome boss battle that we won’t spoil for you, so check it out! Age of Calamity will launch for Nintendo Switch on Nov. 20.