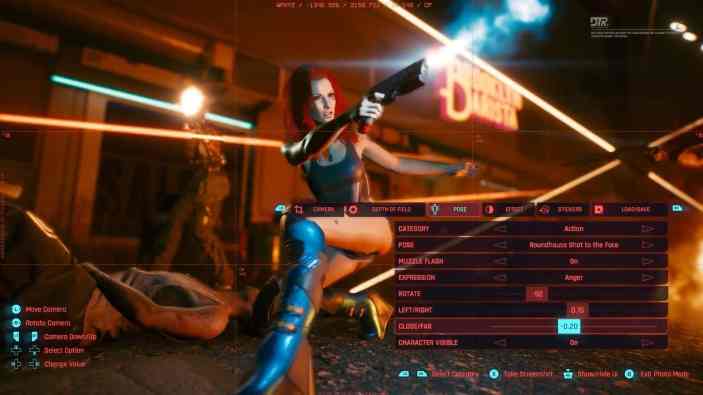 Today was yet another exciting day for games, so let’s take a look at the news of the day. Earlier, it was revealed that over 15 million concurrent players took down Galactus in Fortnite, CD Projekt Red revealed Cyberpunk 2077 Photo Mode, Doomguy may be coming to Fall Guys, and more. Here’s the video game news you might’ve missed on Dec. 2, 2020.

Following yesterday’s Fortnite season finale, it was revealed that over 15.3 million concurrent players participated in defeating the evil Galactus. The limited-time event took place for around an hour yesterday, just before the start of the game’s new season. Fortnite‘s season 5 has gone live and is based on The Mandalorian, wherein players are able to earn skins from the show and even Baby Yoda cosmetics.

We defeated him! A record 15.3 million concurrent players joined forces in our biggest event ever to fight back Galactus in today's in-game event, while more than 3.4 million cheered and watched on @YouTubeGaming and @Twitch! pic.twitter.com/IAcNpcPKEw

Warzone Might Be Getting a New Location Called Rebirth Island

We know Call of Duty: Warzone will be undergoing some changes following its integration with Call of Duty: Black Ops Cold War next week, and today, dataminers have uncovered what appears to be a new addition to the map — called Rebirth Island. If this is indeed true, it’s unclear if it will serve as an addition to Warzone‘s Verdansk map or if it will replace it altogether. Rebirth Island may potentially be a reimagining of Black Ops 4‘s Blackout map known as Alcatraz. We’ll likely find out more next week.

Today, the official Fall Guys: Ultimate Knockout Twitter account teased something very special. In the image, a faint silhouette of the Doom Slayer can be seen, indicating that the character’s costume will likely be implemented into Fall Guys at some point in the future. It’s unclear what it will look like exactly or when it will be added, but Doomguy is coming to Fall Guys — hopefully sooner rather than later.

…time to suit up

Here’s a Look at Medal of Honor: Above and Beyond’s Multiplayer Modes

Medal of Honor is making its triumphant return, this time as a VR game in Above and Beyond. It will feature a single-player mode and a multiplayer suite when it launches on Dec. 11. Today, we got a look at the multiplayer offerings, and based on the trailer, it looks pretty slick. It features the Mad Bomber mode, which pits players against one another as they plant and defuse bombs, as well as Deathmatch and other modes such as Blast Radius and Domination. Check it out below!

In addition to Above and Beyond’s single-player campaign, you can master the distinctive handling of a host of WWII weapons and test yourself against opponents in five multiplayer modes on sites across Europe.

Charge into history when Above and Beyond launches Dec 11. pic.twitter.com/RO3z21h5Cm

Cyberpunk 2077 Is Getting a Photo Mode

As expected, Cyberpunk 2077 will be getting a Photo Mode alongside the game’s launch next week. Developer CD Projekt Red released a trailer for the mode, and it seems as robust as photo modes get — with tons of options to personalize your beautiful (or hideous) screenshots. It seems to have the level of depth you’d find in Marvel’s Spider-Man‘s Photo Mode, which is absolutely a good thing. Cyberpunk 2077 will launch on Dec. 10.