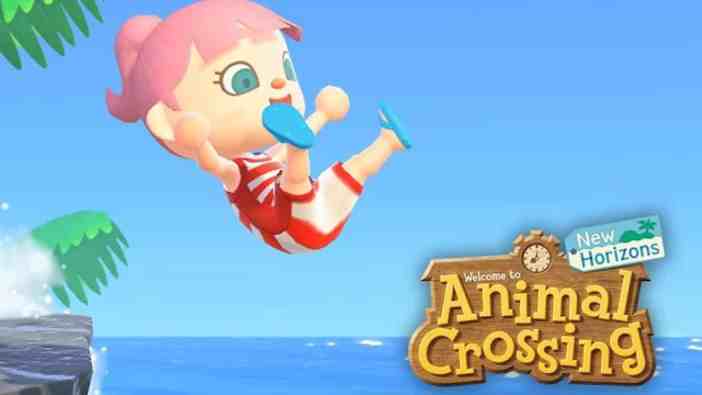 As we round out the week, there’s still a lot you might need to catch up on in the video game world. After you check out today’s Cyberpunk 2077 gameplay showing, we’ve got the news you might have missed, like Animal Crossing: New Horizons‘ upcoming summer update, a new Deadly Premonition 2 gameplay showing, and details about The World Ends with You‘s anime adaptation. Here’s what you might’ve missed for June 25, 2020.

Animal Crossing: New Horizons Will Get a New Summer Update Next Month

Nintendo has finally spilled the beans on the newest Animal Crossing: New Horizons update, which is due out on July 3. It’ll include many new features, but most notably, players will now be able to swim around their island’s exterior to find treasure.

You can check out the reveal trailer below:

Hope you’re ready to save on some great Capcom games on Nintendo Switch. The latest sale features discounts on popular games like Monster Hunter Generations Ultimate for $19.99, Mega Man 11 for $14.99, and Okami HD for $9.99. There is a bunch to choose from, though it’s not as extensive as the offerings during Nintendo’s recent summer sale. Nonetheless, be sure to check out the sale before end of day on July 3.

As we approach the release of Deadly Premonition 2: A Blessing in Disguise, we’ve gotten a constant stream of news, and this time it comes in the form of a 17-minute gameplay video. The video shows story elements, as well as some of the open-world aspects, though, as the fans have addressed, the frame rate seems to be in rough shape. You can check out the video below:

This year’s Pokémon GO Fest will work a little differently, as it won’t take place in person, but that doesn’t mean Niantic has neglected to make things fun for fans this summer. In celebration of the game’s four-year anniversary and as part of the virtual edition of GO Fest, Niantic will be implementing a host of challenges for players to take part in, giving you the ability to catch Chimecho, Alomomola, and Chansey, among others. The first weekly challenge begins July 3.

Though the hype surrounding Pokémon GO isn’t what it was in 2016, it’s still wildly successful, in part thanks to its constant updates like the ones mentioned above.

The World Ends with You Is Getting an Anime Adaptation

Popular Nintendo DS game The World Ends with You will be adapted into anime form, as announced by publisher Square Enix. It’s unknown when it’ll release, but we’ll find out more information about the project during the Anime Expo Lite on July 3. The World Ends with You was later remastered for Nintendo Switch in 2018, giving players a new chance to experience the popular RPG. Whether we’ll ever receive a sequel remains to be seen.

Read More: The World Ends With You is getting an anime project