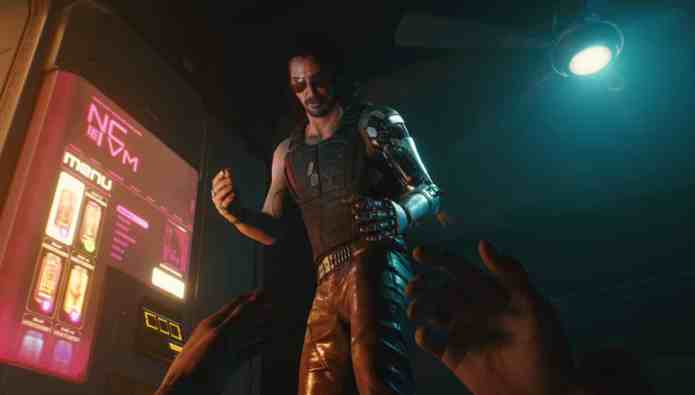 Two new videos have dropped for Cyberpunk 2077, giving us our freshest and best look at CD Projekt Red’s dystopian RPG, including its unique Braindance mechanic. Both clips debuted as part of the developer’s Night City Wire event in hopes to keep us tided over until the game releases this November. “The Gig” is a high-octane, sleek trailer that offers a fun (and dire) view of the world CD Projekt Red is creating.

The other glimpse came by way of gameplay footage that put a spotlight on Cyberpunk 2077’s Braindance feature. Braindance allows players to play through a recording of another character’s experiences via simulation. Thanks to an in-game device, characters have the opportunity to feel, hear, see, and relive different moments in time as if they are their own.

In the footage, (starting at 11:09 in the full Night City Wire presentation below), we see a thug rob a convenience store before their quick death. The player character says they could feel all of the feelings and pain associated with the recording. However, Cyberpunk 2077 offers an analysis mode that triggers a detective-like simulation where the event can be scanned for investigative purposes from a third-person perspective.

The Cyberpunk 2077 Night City Wire presentation had first been scheduled to debut on June 11 before being pushed back to today, June 25. Not long after came a delay for the game itself, which saw its launch moved from Sept. 17 to Nov. 19 for PC, PlayStation 4, and Xbox One. Proper PlayStation 5 and Xbox Series X versions are on the way, too.