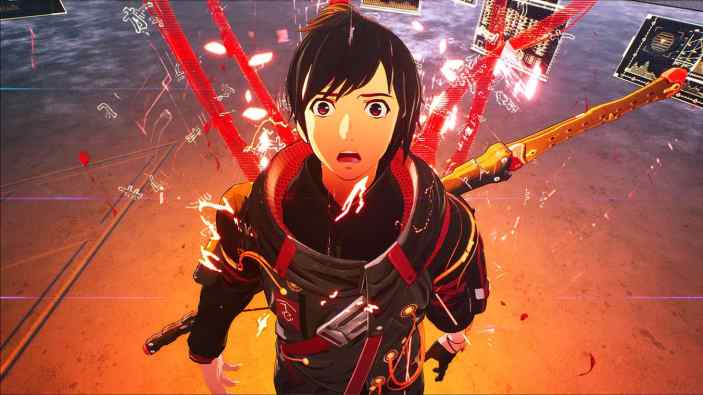 It’s been an eventful day for video games today (Dreams PSVR support!). For starters, we’ll be getting an update on Bandai Namco’s upcoming games via Play Anime Live, NBA 2K21‘s new cover athlete has been revealed, and Nintendo’s president released a statement about the persistent Joy-Con drift issues. Here’s the video game news you might’ve missed on June 30, 2020.

Prolific developer/publisher Bandai Namco will host a new video showcase called Play Anime Live later next month. This news comes by way of the publisher itself.

It will feature news about the company’s “lineup of console, PC and mobile anime titles” along with Q&As with developers and live giveaways. It’s unclear what games exactly will be shown, but it’ll air on July 22 at 7 p.m. ET on YouTube, Twitch, and Facebook Live.

Gone are the days of Harmonix’s Rock Band series being in the spotlight. Instead, the studio has a new game in the works called Fuser, which puts you in the shoes of a DJ mixing tracks and performing at a concert. Today, we finally got to see the game in action, courtesy of a new gameplay reveal trailer.

The short trailer shows some of the game’s user interface, as well as mixed (or fused) versions of its licensed songs. Fuser doesn’t have an official release date yet, but you can check out its trailer below.

Discord Is Shifting Away from Gaming

In an effort to appeal to more people, Discord is rebranding to focus less on gamers and more on a broader audience. The company released a blog post today noting that, although it started with an emphasis on video games, a large portion of its users aren’t there for games at all.

And with a huge uptick in digital communication following the COVID-19 pandemic, the company wants to compete with the likes of Zoom, thus the decision to appeal to the masses. It’s unclear how these changes will look or when they will take place, but the company notes we’ll hear more “in the coming months.”

Read More: Your Place to Talk

Every year, we get a new NBA 2K game, and with each entry comes a new cover athlete. NBA 2K21‘s cover star is Damian Lillard of the Portland Trail Blazers. Lillard explained, “I’ve been a fan of NBA 2K for years and love how they represent all aspects of basketball culture.”

NBA 2K21 will feature other cover athletes that correspond to the game’s various special editions, though they have not been revealed yet. This year’s entry will release in October on Nintendo Switch, PlayStation 4, and Xbox One and will be available at some point for next-generation hardware.

Being on the cover of @nba2k is a dream come true. I've been playing 2K since the Dreamcast days! Hyped to be the #NBA2K21 Current Gen Cover Athlete. #YKWTII #DameTime ⌚ 🎮 pic.twitter.com/d1bPKTm0je

Nintendo Switch is one of the most beloved consoles in recent memory, but it’s not without its issues. The persistent Joy-Con drift has plagued many of its users, to the point of spawning a class-action lawsuit in the United States.

Recent financial Q&A featured a segment in which the company’s president, Shuntaro Furukawa, issued a statement about the matter. In it, he apologized on behalf of the company, saying, “Regarding the Joy-Con, we apologize for any trouble caused to our customers.” The company still allows users to send in broken Joy-Con to be repaired, but let’s keep our fingers crossed for fewer manufacturing issues going forward.