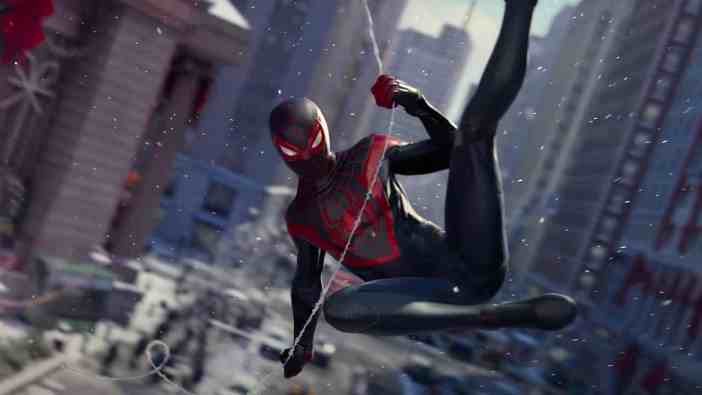 There’s lots to discuss when it comes to video game news today. For starters, there was a Nintendo Direct Mini, featuring Shin Megami Tensei announcements, as well as a look at Cadence of Hyrule‘s new DLC. Plus, Insomniac confirmed Spider-Man: Miles Morales will be playable in 4K / 60 FPS, Sea of Thieves reached a major milestone, and more. Here’s the video game news you might’ve missed on July 20, 2020.

It looks like the upcoming Spider-Man: Miles Morales will be gorgeous on PlayStation 5, and today, developer Insomniac Games confirmed it will be playable in 4K at 60 FPS. However, in order to run the game with those specifications, players will need to enable the optional Performance Mode.

It’s unclear how this mode will compare to other visual options offered in-game. Will there be an option to run the game at a higher/lower frame rate, in exchange for better or worse resolution? Time will tell. Spider-Man: Miles Morales is still scheduled to release sometime this year.

Swing through the city like never before on PS5 with an optional 4K / 60fps Performance Mode. #MilesMoralesPS5 #SpiderManPS5 pic.twitter.com/FhPEPLjnKL

Cadence of Hyrule Is Getting New DLC and Corresponding Season Pass

As part of the Nintendo Direct Mini today, it was revealed that Cadence of Hyrule would be getting new DLC, along with a season pass. Starting today, players can purchase brand new characters, including Aria, Impa, Frederick, Shadow Link, and Shadow Zelda for $5.99 in DLC Pack 1.

Following today’s release is the Melody Pack, which will introduce 39 new songs by the end of October 2020. This pack will cost $5.99 as well. Additionally, a third pack called Symphony of the Mask will include extra story content and will release for $9.99 by the end of October. All of these additions can be purchased together as part of the season pass for $14.99.

Overcooked! and Overcooked! 2 Will Be Headed to Next-Gen Consoles in a Bundle

Overcooked! and sequel Overcooked! 2 are headed to next-generation consoles as part of Overcooked! All You Can Eat. This bundle will include both games, as well as all of the previously released DLC in one package, available for PlayStation 5 and Xbox Series X digitally and physically.

Aside from all previously released content, All You Can Eat will include new accessibility options as well and will be playable in 4K / 60 FPS. Team17 did not specify when we’d be able to play this collection, but it did confirm it would have “more news to share” in the future.

Read More: Introducing: Overcooked! All You Can Eat

Rare’s Sea of Thieves has just reached a major milestone, surpassing 15 million players since its release in 2018. That makes it one of the developer’s most successful games, at least from a sheer player-count perspective.

June 2020 was the game’s best month, which featured over 3.3 million players, along with 1 million copies sold on Steam. These stats are impressive in their own right, but considering the slow start Sea of Thieves had, it’s great to see it make such tremendous progress in just two years. Rare plans to continue supporting it for the foreseeable future.

As part of its Dronemaster Update, World War Z will finally be getting PC and console cross-platform play on July 22. This is yet another online game that has blurred the lines between platforms, making it easier for audiences to play with one another.

Alongside the Dronemaster update comes the Signature Weapon Pack DLC, which features new weapon skins. Those who purchased the season pass will get this pack at no additional cost. World War Z came to consoles and PC in April 2019 and became a commercial hit.

Join forces across PS4, Xbox One, and PC and turn the tide against the sea of undead. Invite your friends to your party no matter what platform they play on.