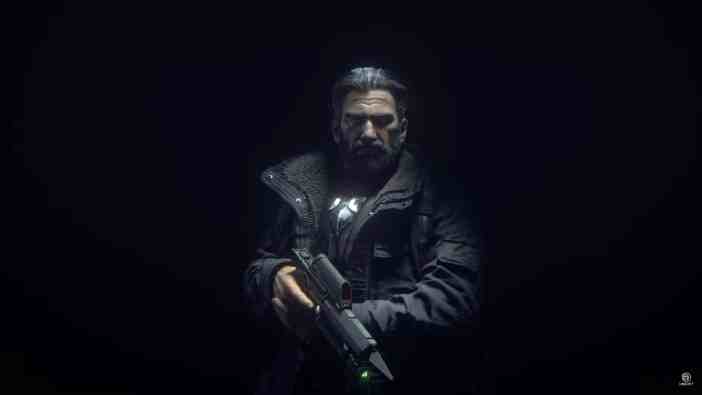 What a wild day for video game news! Today, we learned about Halo Infinite‘s unfortunate delay, got confirmation of Xbox Series X’s launch month later this year, and received a small nugget of news about the next BioShock game. Plus, Splinter Cell‘s Sam Fisher is making a pseudo-return in Rainbow Six Siege, a new Fall Guys update has been announced, and more. Here’s the video game news you might’ve missed on Aug. 11, 2020.

Sam Fisher Will Be a Playable Operator in Rainbow Six Siege

Sam Fisher is back!… as a playable Operator in Rainbow Six Siege. It seems Ubisoft is determined to place the character in every game possible before actually developing a new entry in the Splinter Cell series. In all seriousness, the new Operation Shadow Legacy DLC looks great, and Siege is one of the best, if not the best, tactical shooters available.

It’s unclear when the new content will drop, but the trailer below points to a full reveal on Sunday, Aug. 16. Hopefully this will hold us over until a new Splinter Cell game gets released.

We now know how cross-platform progression will work in Rocket League, and it seems to be a relatively painless process. For starters, you’ll need to link to your Epic Games account and pick a primary console. Once you’ve got an Epic Games account, it works like many other games that offer cross-platform progression, though you’ll want to take a look at the official Rocket League blog post for more details.

Cross-platform progression is coming with free to play! Our latest blog tells you everything you need to know when it comes to getting your progress in one place!

Oceanhorn 2: Knights of the Lost Realm Headed to Nintendo Switch This Fall

Following its timed exclusivity deal on Apple Arcade, Oceanhorn 2: Knights of the Lost Realm will be launching on Nintendo Switch later this fall at an unspecified date. This news comes by way of its developer, Cornfox & Bros., on Twitter.

Oceanhorn is frequently and accurately compared to Zelda, as it features similar combat, art direction, and design. Oceanhorn 2 was positively received on Apple Arcade and will now have a wider reach thanks to its release on Switch. A trailer for the Switch version can be seen below.

The day you've been waiting for is finally here. #Oceanhorn2: Knights of the Lost Realm will release on #NintendoSwitch this Fall! pic.twitter.com/8ypJbTugs0

Cloud Chamber, the team working on the next BioShock game, is hiring, and based on the job descriptions, we might be in for a treat whenever the game releases. The company is seeking an environmental modeler who is expected to “set the example, leading efforts to help us breathe life into a new and fantastical world,” leading many to believe it won’t take place in Rapture or Columbia.

The next BioShock game will reportedly run on Unreal Engine 4, and it was previously expressed the the game will be in development “for the next several years,” almost certainly confirming it will be a PlayStation 5 and Xbox Series X game. It doesn’t even have an official title as of yet, so it’s likely we’ll get to play it around 2023 at the earliest.

Developer Mediatonic has plans to support Fall Guys: Ultimate Knockout for the foreseeable future, and tomorrow marks the game’s first update. It will include a level that was featured in the beta called Jump Showdown, along with a handful of balancing improvements.

Matchmaking errors will be addressed, the Royal Fumble level will be offered less frequently, and improvements will be made to the game’s physics and collision detection. The update will be free across all platforms and will be followed by “more levels” and “new features & costumes” at a later date.

Jump Showdown – A fan-favourite from the beta! 👑

We'll be adding it in our first update TOMORROW!

More new levels will be coming soon – along with new features & costumes 👀 pic.twitter.com/zQ4hOI70MP