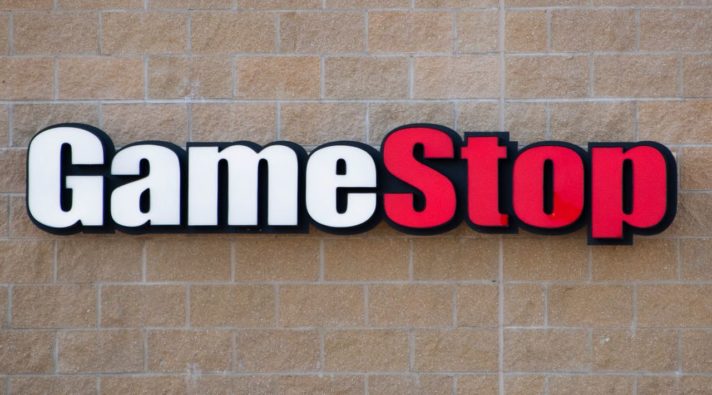 Happy Friday, everyone! Let’s round out the week with some more video game news. Today, we received word that Xbox Series S will only play Xbox One S versions of backward-compatible games, a recent GameStop earnings call relayed word that up to 450 stores will be closed this year, Sony will make an appearance at PAX Online, and more. Here’s the video game news you might’ve missed on Sept. 11, 2020.

Devs Explain More About Prince of Persia: The Sands of Time Remake’s Graphics

After yesterday’s reveal of Prince of Persia: The Sands of Time Remake, many were vocal about their displeasure with the way the game looks. However, according to The Mako Reactor, the game’s director, Pierre-Sylvain Gires, told them the game’s visuals were intentional, saying, “If you take the game that was made 17 years ago, there’s definitely room for improvement in terms of graphism and we really wanted to give a unique look to the game because Prince of Persia: The Sands of Time is actually is a fantasy story.”

Gires continued, “So we decided to go for a unique visual treatment to make this game stand out from other games. … It has to be unique. This magic, this fantasy is shown through the saturation, through the light, so it (is) also a challenge to redefine the visual identity of the game with this remake.” It was also confirmed that there weren’t issues with the game’s budget or timeline.

Read More: Ubisoft India Explains Why Prince of Persia: The Sands of Time Remake Looks the Way It Does

Sony has revealed the top downloads on PlayStation 4 for the month of August 2020. There weren’t many surprises — as you’d expect, Madden NFL 21 was the month’s most downloaded game, followed by Call of Duty: Modern Warfare and Ghost of Tsushima. Fall Guys also made an appearance, taking the fourth spot on the list, coming out ahead of UFC 4 and PGA Tour 2K21. The full list of top downloads were as follows:

Speculation That Sony Will Reveal PS5 Price During Its PAX Livestream

The PAX Online x EGX schedule has been released, and interestingly, Sony will be in attendance on Sept. 18 at 3:45 p.m. PST. The slot is referred to as “Sony Holder,” though there is no description as to what the event will entail. Some believe this will finally be the event in which the company fully reveals the price and release date of its upcoming PlayStation 5 console, though this has not been confirmed. At this point, considering the system is due out in two months, Sony is surely running out of time.

Here’s When You Can Expect to Learn More About Hyrule Warriors: Age of Calamity

Earlier this week, Nintendo announced Hyrule Warriors: Age of Calamity, a game that is set 100 years prior to the events of The Legend of Zelda: Breath of the Wild. It’s due out on Nov. 20, but if you’re eager to find out more, you’re in luck. On Sept. 26 at 10 p.m. Japan time, the game’s developer, Koei Tecmo, will show the game in action as part of a 50-minute event during Tokyo Game Show 2020 Online. We’ll likely get to see some of the game’s characters in action, as well as the various weapons and items you’ll get to use.

KT will have a program that lasts 50 minutes on September 26th 10 PM, Japan time for Hyrule Warriors Age of Calamity. It will show off gameplay footage. https://t.co/gElnMkXlvt

GameStop Will Close Up to 450 Stores This Year

GameStop recently held an earnings call, in which it was revealed that 400 – 450 stores would be closing by the end of this year. Back in March, the company had expressed an intention to shut down 320 underperforming stores, so this means GameStop is now planning to shut down in the range of a hundred more than that. This is an attempt to cut costs as the company’s profits have declined significantly, especially due to the ongoing COVID-19 pandemic that forced the company to shut down all of its stores for a short period earlier this year. GameStop’s CFO, Jim Bell, also said store closures will likely continue into next year.