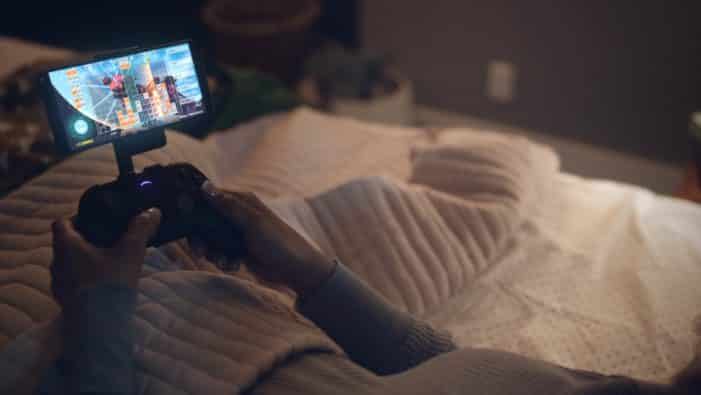 There’s a lot of video game news to get through today, so let’s not waste any time. Today, we received confirmation that Doom Eternal is, in fact, headed to Xbox Game Pass next month, a Yakuza film is in production, Amazon announced its new cloud-based gaming service called Luna, and more. Here’s the video game news you might’ve missed on Sept. 24, 2020.

Football Manager 2021 Will Release for PC This November, Xbox December

Today, Football Manager 2021′s release date was announced — set for launch on Nov. 24 for PC, as revealed by the game’s official Twitter account. It will come to PC via Steam and Epic Games Store, then to Xbox One and Xbox Series X in December. A PlayStation version is not planned. Additionally, December will see the release of Football Manager 2021 Touch on Nintendo Switch and mobile devices.

More PS5 Preorders on the Way Through GameStop, Potentially Other Retailers

Following the PlayStation 5 preorder fiasco last week, many were wondering if they’d get another chance to get their hands on Sony’s new systems. Today, sources have indicated that additional allocation will be added, including at least GameStop and through Sony itself (if pre-selected) by tomorrow, Sept. 25. Last week, Sony apologized for the way preorders were handled — admitting that they “could have been a lot smoother.” So if you’re in the market, check your local retailers tomorrow and you might be able to get your hands on a PlayStation 5.

We are pleased to announce that further quantities of PS5 consoles will be made available to pre-order at https://t.co/hfsGYTcy0V and in GameStop stores tomorrow, Friday 9/25. pic.twitter.com/EbRMkAe5RW

Live-Action Yakuza Film in the Works

As announced via Variety today, Sega is planning a live-action Yakuza film in conjunction with production companies 1212 Entertainment and Wild Sheep Content. It’s still early in development, but Erik Barmack, Roberto Grande, and Joshua Long are set to produce, while Wild Sheep Content is in the process of finding script writers. Video game films are typically unpleasant at best, but Sega does have a positive track record with the video game film adaptations as evidenced by the Sonic the Hedgehog movie that released earlier this year — which garnered favorable reviews. It’s unclear when the Yakuza film will be released.

Today, the co-studio head of development at Psyonix, Corey Davis, announced via Twitter that Rocket League recently surpassed one million concurrent players — a milestone that is absolutely massive. This means one million users were all playing Rocket League at the same time. The game’s player base has grown tremendously literally overnight since it became free to play yesterday, and thanks to the wonders of cross-platform play, it’s easier than ever to play Rocket League with friends.

Amazon Luna Is the Company’s Attempt at Cloud Gaming

Today, Amazon announced Luna, the company’s new cloud gaming service. The Luna+ channel will cost $5.99 per month as an introductory price and feature over 100 games on the platform like Resident Evil 7, Control, and A Plague Tale: Innocence, with the promise of new games added over time. “Select titles” will be available at 4K / 60 FPS, and it will be available on PC, Mac, iOS (via web apps), and Fire TV, with an Android version planned for after launch. Amazon announced Twitch integration with Luna and even showed off its new controller, which you can take a look at below. It’s currently unknown when Luna will launch, but consumers are able to request early access prior to launch.

Additionally, a separate Ubisoft channel for Luna has already been announced, which will grant instant access to title like Watch Dogs: Legion and Assassin’s Creed Valhalla, but no pricing for that has been divulged yet. More special channels will follow.