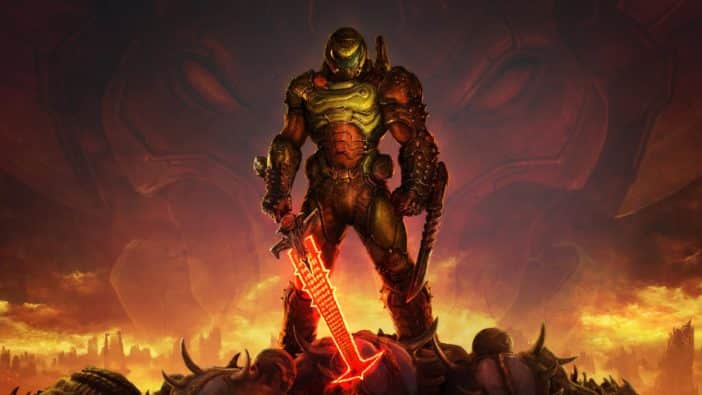 The sequel to 2016’s Doom, the Slayer travels through Earth, Mars, and literal Hell battling demonic forces in order to save humanity. Doom Eternal‘s first single-player DLC expansion, The Ancient Gods – Part One, is also launching on Oct. 20, so players have plenty of content to look forward to.

DOOM Eternal is coming to @XboxGamePass on 01 October and @XboxGamePassPC later this year. Details here: https://t.co/tNyONEFAQe

While Doom (2016) was added to Xbox Game Pass in 2018, it was removed from the subscription service earlier this year. Given that Microsoft acquired ZeniMax and Bethesda this week, perhaps the first id Software game will make its way back again, as Microsoft said that it is currently working on adding ZeniMax’s titles to Xbox Game Pass.

The Ancient Gods – Part One was fully revealed back in August at Bethesda’s QuakeCon at Home opening livestream. PlayStation 5 and Xbox Series X versions of Doom Eternal are also in development. Players who have the current-generation version of the game will be eligible to receive the next-generation upgrade for free.

Doom Eternal is currently available on Google Stadia, PC, PlayStation 4, and Xbox One. Back in July, Bethesda said that the Nintendo Switch version should be seeing a release date announcement soon.