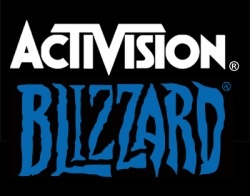 European Union regulators have given the green light to the merger between Vivendi and Activision, clearing the way for the creation of Activision Blizzard.

The $18.9 billion deal will give French media giant Vivendi a 52 percent interest in the new company that is expected to generate annual revenues of $3.8 billion. Despite its massive size, the European Commission found that “the combined firm would continue to face several strong, effective competitors, such as Electronic Arts, and the game console manufacturers, such as Sony, Nintendo and Microsoft.” Even with the addition of Activision Blizzard to the market, Electronic Arts remains the largest independent game publisher in the world.

According to a Next-Gen report, one aspect of the deal scrutinized by regulators was whether Activision’s relationship with Vivendi Music Group would give them an unfair advantage over other publishers seeking to license music for use in games. But the Commission found that competitors would still have “significant access” to licensed music from other labels after the completion of the deal.

Having received regulatory approval, the merger is expected to be officially completed by mid-2008. Company representatives have said the merged Activision Blizzard will be “the world’s largest, most profitable pure-play videogame publisher.”