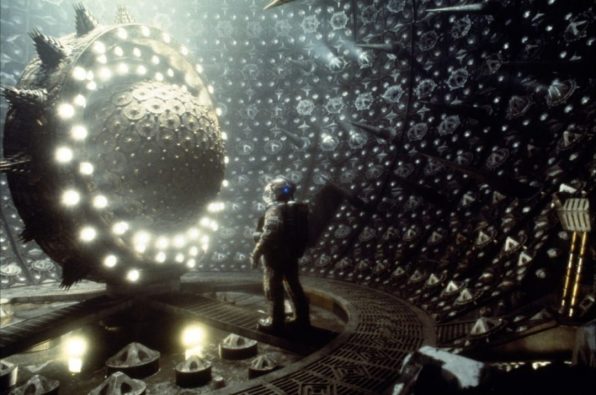 The 1997 cult-classic horror/sci-fi film Event Horizon is finding new life in a TV series in development by Amazon and Paramount Television. The series is still in early development, so it’s possible that not much will be revealed for a while, or even that nothing comes of the work.

There are no details on what the show is going to address or whether it will be a reboot, remake, or something else entirely, but Adam Wingard is set to produce and direct the series. The director is best known for making the lackluster reboot, Blair Witch, and helming next year’s Godzilla vs. Kong, but he cut his teeth making modern indie horror classics like You’re Next and The Guest. Larry Gordon, Lloyd Levin, and Jeremy Platt will also produce, with the former two being producers on the original film.

Event Horizon the film was a gory, psychological mind trip of a movie directed by Paul W.S. Anderson in his horror heyday, made before he devoted his entire life to making Resident Evil movies. It’s a dark tale about a ship called the Event Horizon, which is testing a new gravity drive that can create black holes. However, as experimental technology sometimes does, instead of creating a way to jump around space easily the gravity drive opens up a doorway to a hell dimension.

The film picks up after the ship has reappeared, and a rescue crew including the drive’s creator (played to manic perfection by Sam Neill) goes to investigate only to discover it is possessed by evil. While somewhat standard in plot for a film of its ilk, its cast and focus on the psychological effects on the rescue crew lead it into some truly disturbing territory.

There’s no release date or shooting plans yet as the show is still in the early stages.